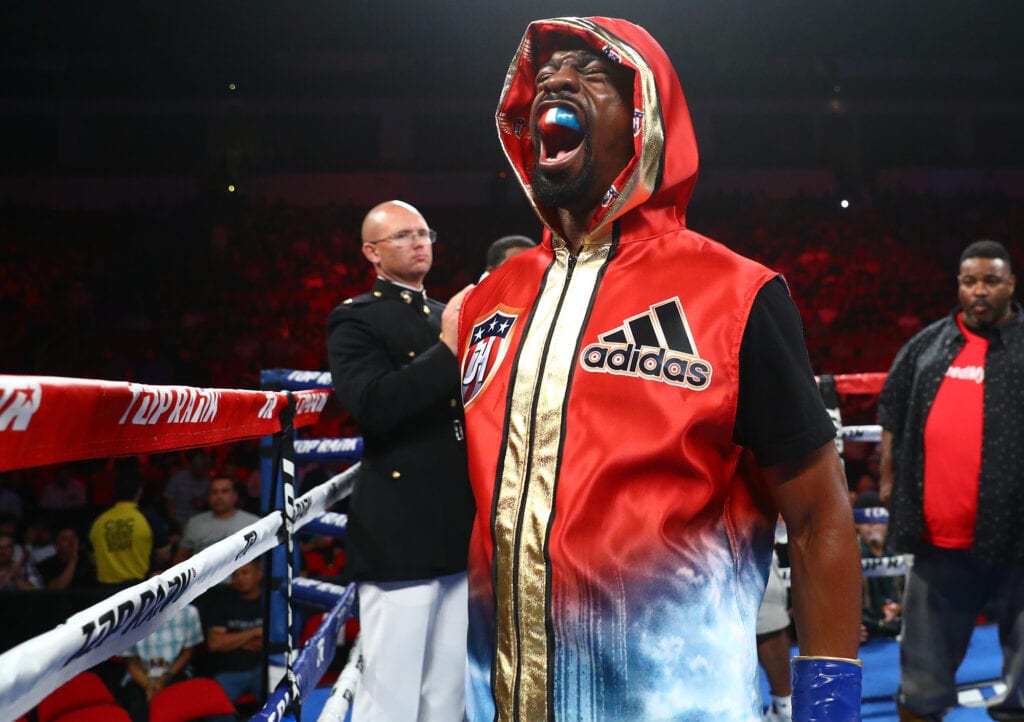 Jamel “Semper Fi” Herring bought up something late Sunday night that I had to step back and lull over a good night sleep and a complete breakfast.

Not a lot of people, if anyone are calling out WBC super featherweight titleholder Miguel Berchelt.

Well, that was the case until he did.

In a tweet exchange with ESPN’s writer and host of the “3 Knockdown Rule” Podcast Steve Kim, Kim was responding to a Tevin Farmer tweet where he said, “I want the smoke with everybody”. I threw in my usual unwanted two cents responding to Kim by saying that Farmer should take on the winner of the WBO super featherweight bout between Masayuki Ito and Jamel Herring on May 25. I’ve been saying that for a while on my end here and as well on our latest episode with T.J. Rives our the podcast last week.

Herring responded to us late and mentioned the following:

“Due to the “business” of boxing, you’ll more than likely see Ito/Herring and Herring/Berchelt. Nobody else is calling out Miguel, but sign me up after business is handled in May.”

Due to the “business” of boxing, you’ll more than likely see Ito/Herring and Herring/Berchelt. Nobody else is calling out Miguel, but sign me up after business is handled in May.#SignMeUp pic.twitter.com/c4pQT06N8c

So after sleeping on it, I was thinking in it and in the land of super featherweights, Herring is onto something. The “business” of boxing as he put it lays out that Farmer in all likelihood will take on Gervonta Davis at some point down in the near future. Berchelt himself is going to have his rematch with Francisco Vargas on May 11. In order for Herring to have his shot at El Alacran for his belt, both fighters must be successful. Berchelt in his defense and Herring to “handle business” against Ito. If those scenarios play out, then down the line a match of Herring against Berchelt would definitely be one next up in the land of super featherweights.

I wouldn’t be against it and if all else for Herring, he’ll always have an opponent in Andy Vences who came after him TMZ style recently and has been for a long time now.