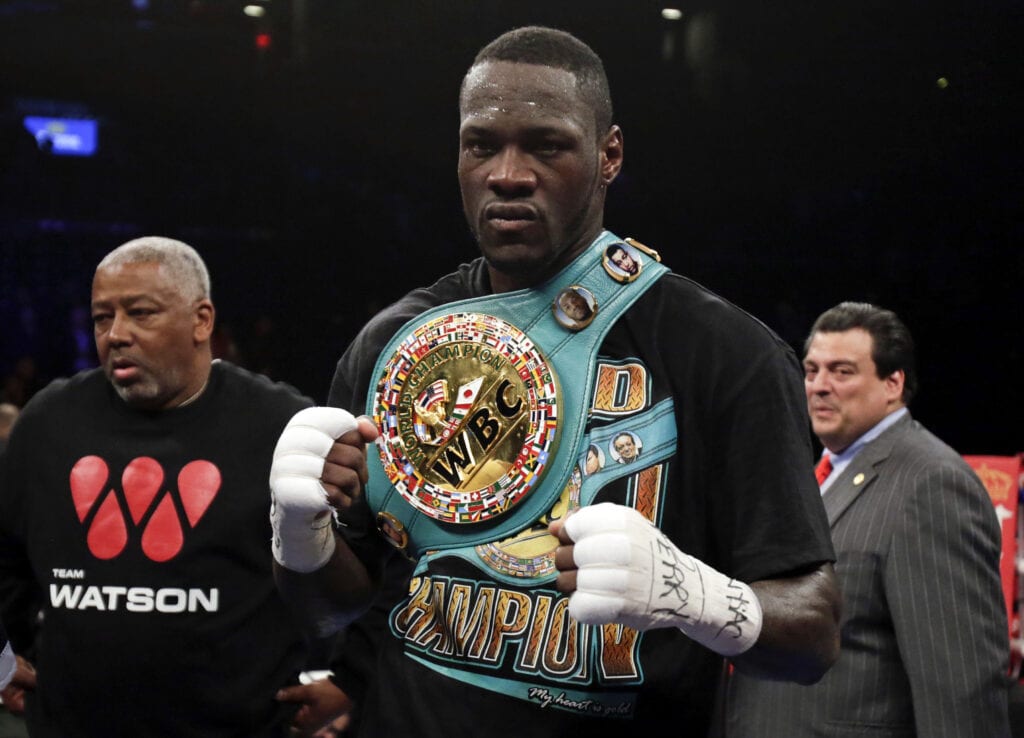 How will Heavyweight picture play out?

We now know the slate of Heavyweight showdowns upcoming later this year, and on our “Big Fight Weekend Podcast,” there is lots of discussion about it.

First, David Payne of www.Boxingwriter.co.uk joins host T.J Rives and they debate the announcement of the Deontay Wilder/Dominic Brazeale fight date for May and what it means for a possible rematch with Britain’s Tyson Fury. And, is there a possible fight with England’s Anthony Joshua sometime in the future or not?

Next, Fox Sports Boxing insider, Mike Coppinger, comes on to first discuss the Welterweight title picture after both Americans Errol Spence and Shawn Porter won their recent title fights. Will they fight each other and, if so, how soon? Next, Mike also discusses the Heavyweight picture and his opinion on possible fight scenarios for Wilder and Joshua and whether Tyson Fury is in that mix in the near future?

Finally, Marquis Johns from our own,  www.BigFightWeekend.com is up next discussing, what else? The Heavyweights, too.  Plus, Marquis wonders will IBF World Lightweight champion Tevin Farmer fight, next? Could Gervonta Davis be that opponent, eventually, for an attempt at unifying the 135 lbs. belts?

And, there are fight cards from ESPN and DAZN Saturday to preview and discuss, as well.

Get ready for the insight and debate on “The Sweet Science” on this week’s new Big Fight Weekend!

You can hear the podcast below through our partners at Radio Influence and a reminder to subscribe at iTunes, Stitcher or Google Play. That way the show will come to your phone or iPad automatically, right away, as a new one is posted.