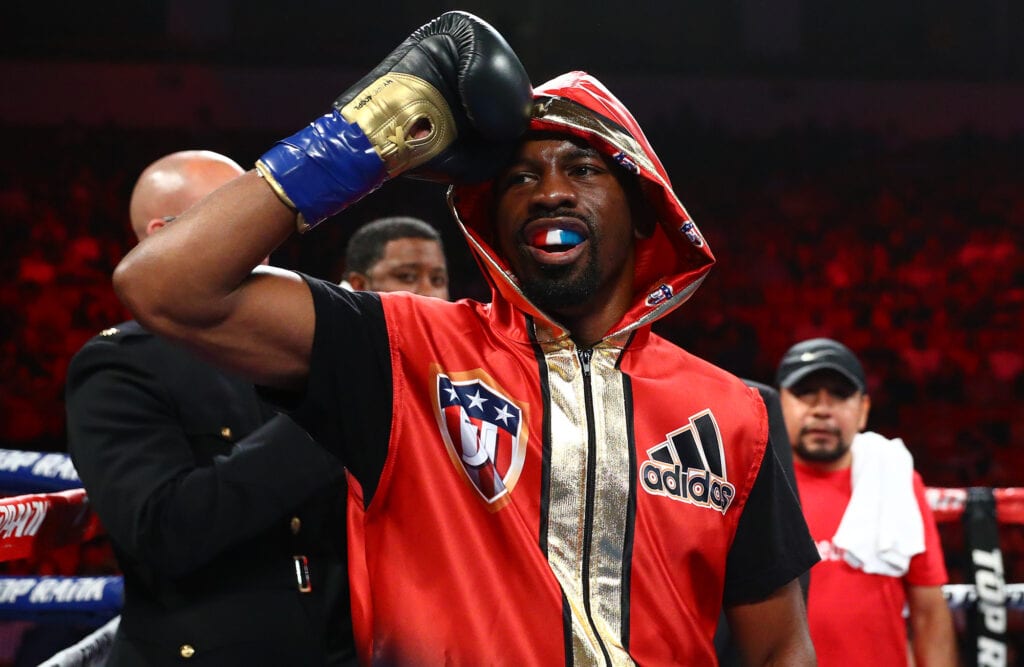 Herring to take on Ito for featherweight title

In a report first mentioned by Dan Rafael of ESPN, Top Rank Boxing is finalizing together a deal for a WBO super featherweight title fight on May 25. Masayuki Ito is expected to be defending his title against former U.S. Olympian Jamel Herring. The fight is set to take place at Osceola Heritage Park in Kissimmee, Florida and will air on ESPN.

Ito (25-1-1, 13 KO) last July had beaten Christopher Diaz at the same fight location in Kissimmee, Florida. That win earned him the then-vacant WBO featherweight title, which had been vacated by Vasiliy Lomachenko when Lomachenko moved up weight classes to 135. He went on to defeat Evgeny Chuprakov in the seventh round of his first defense and last fight on Dec. 30. In Ito’s career, he has only boxed in his 27 professional fight career in only 3 locations: the Kōrakuen Hall is an arena in Bunkyo, Tokyo, Japan;  the Ota City General Gymnasium is an arena in Ōta, Tokyo, Japan and before mentioned Osceola Heritage Park.

Plans are being finalized for Japan’s Masayuki Ito to make his second junior lightweight world title defense against Jamel Herring on May 25 (ESPN) at Osceola Heritage Park in Kissimmee, Florida, the same venue where he outpointed Christopher Diaz to… https://t.co/PeF0N8xv0U

Herring (19-2, 10 KO) was a U.S. Olympian and gold medalist in the 2012 games. The former marine, “Semper Fi.”  started in his professional career as a lightweight in Dec. 2012, started off with a 15-0 record against non-household names until suffering his 1st loss to Denis Shafikov, who won by stopping Herring in the 10th round in a July 2016 fight. Herring suffered his second career loss to the hands of Ladarius Miller in August of 2017 by unanimous decision.

Since that loss, Herring moved down a weight class to super featherweight and has since gone 3-0. He’s only had one contest where he actually had to make 130 instead of a catchweight, but was impressive in that one, beating John Vincent Moralde last September in Fresno. This will be his first title shot at a world title and will be a great matchup for both fighters.