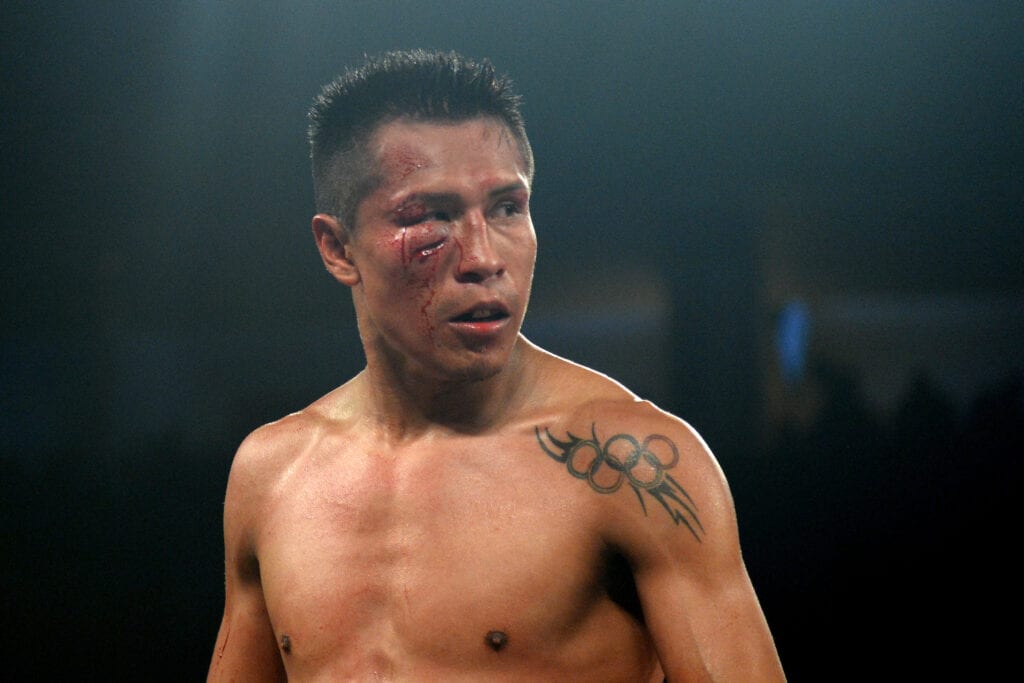 Berchelt, Vargas rematch set to takes place in May

Miguel “El Alacran” Berchelt and Francisco “El Bandido” Vargas two-plus years removed from their great fight back in January 2017 are set to do it again.

Berchelt, who snagged Vargas’ WBC super featherweight title via 11th-round knockout in January 2017, will make the fifth defense of that belt on Saturday, May 11 at the Tucson Arena, located inside the Tucson Convention Center. This fight will be televised on ESPN and ESPN Deportes beginning at 10 p.m. ET. The undercard will stream live starting at 6:30 p.m. ET on ESPN+.

“The first fight between Francisco Vargas and Miguel Berchelt was a war,” said Eric Gomez, President of Golden Boy Promotions in a press release. “Vargas came up short that night, but it’s been his only loss. Since then, he’s gotten a lot better by training with Joel Diaz, so I’m even more confident now that Vargas will get his belt back. Golden Boy Promotions is committed to making the best fights, and we’re happy to be working with Top Rank and Zanfer Promotions to make another classic battle.”

Berchelt (35-1, 31 KOs) is a pure boxer-puncher who has won 14 in a row since his only defeat, a controversial first-round knockout that many experts believe was stopped prematurely against Luis Eduardo Perez back in 2014. He has been an interim world champion before facing Vargas in Indio, California. It was a back-and-forth affair that saw Berchelt steadily wear down Vargas until the referee stopped the bout at 2:19 of the 11th round following a flurry of punches. He went 3-0 in 2018, most recently stopping Miguel “Mickey” Roman in the ninth round of a Fight of the Year contender.

“Francisco Vargas is a great Mexican warrior, just like I am,” Berchelt said. “I am training at my best to prove once again that I am not only better than him, but that I am the best 130-pounder in the world.”

Vargas (25-1-2, 18 KOs), who has won two straight since the Berchelt loss, is looking a chance to regain the title back. He has been one half of the Fight of the Year in 2015 and 2016. In 2015, bruised, battered, and with a busted eye that nearly caused the fight to be stopped, he came back to knock out Takashi Miura in the ninth round. In 2016, he fought Orlando “Siri” Salido in a battle that ended in a draw. In his last bout, he knocked out Rod Salka in six rounds, setting the stage for what promises to be an all-action sequel.

“I have no doubt that 2019 will be my big comeback year,” Vargas said. “The three wise men came bearing gifts, and one of them is my highly awaited rematch against Miguel Berchelt on May 11. Like I said before our first fight, Mexicans never back down, and I will show that once again in the ring.”

Jose Miguel Borrego in action on Quillin-Truax card
Navarete, Dogboe set for title rematch in May
Advertisement
To Top