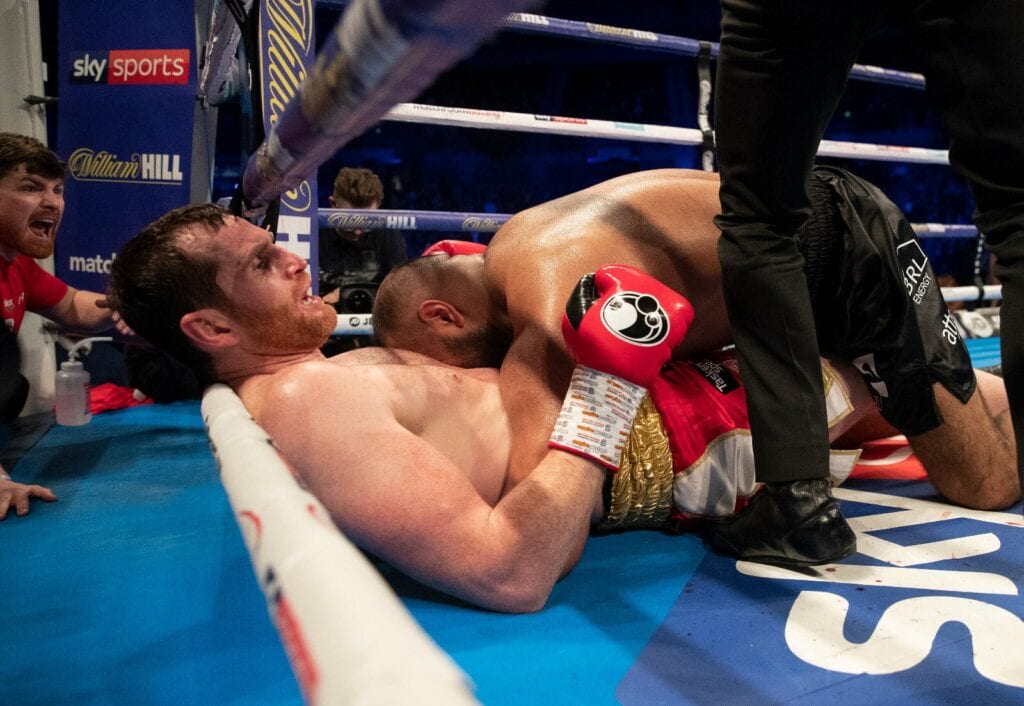 In what has been the strangest thing I’ve seen in boxing in a long time, heavyweight fighter Kash Ali got thrown out of a match in the fifth-round against David Price after tackling him to the ground and biting him.

Yep, that is not a typo. A man bit a man in a boxing ring.

The scheduled 10 round heavyweight match aired in the United States on DAZN and in the United Kingdom on Sky Sports as part of the undercard of the Liam Smith-Sam Eggington fight. The entire match itself was just marred with what seemed to be on the part of Kash Ali a whirlwind of questionable decisions.

As the match progressed, Ali seemed to be focused on not actually boxing David Price but began with holds and even started nibbling on Price’s upper right shoulder in the second round. The referee saw this and you can see Ali at this moment and also in later rounds of the match arguing with the referee in the fight. Despite the tactics, Ali’s method seemed to have slowed down Price who was in the most part in control but was slowly showing signs of fatigue.

That all changed in the fifth round, however, which for Ali started out with him connecting on Price with a right but he was able to recover. Once Price regained himself towards the end of the round, he hit Ali with a right which staggered him and then Ali began to hold, took Price down with him to the mat and started to bite his chest. Once the referee saw this he threw Ali out and declared Price the winner via disqualification.

Price on his way out of the ring had something thrown on him by a fan at the match. From the telecast it is was mentioned as an “altercation” and on social media as beer and it began a scene which was not picked up by camera crews on the broadcast but rather of a wave of spectators looking immediately to the left at the direction Ali was heading outside the ring.

Ali when asked by  iFL TV after the disqualification had stated the following:

“I think just the build-up to the fight- It’s my first time boxing on a big stage, I was so pumped up I just wanted to fight. The street mentality just kicked in, it was stupid.

“As mad as it sounds, when I ended up on top of him, boxing went out the window.

“I just thought, ‘This is a fight now.’ Stupid. I’ve got nothing else to say, just it was out of order and I apologise to him.”

With the win for Price, he moves to 24-6, while this loss is the first for Ali and is now 15-1 but the records are just the afterthought to what happened here in this match.