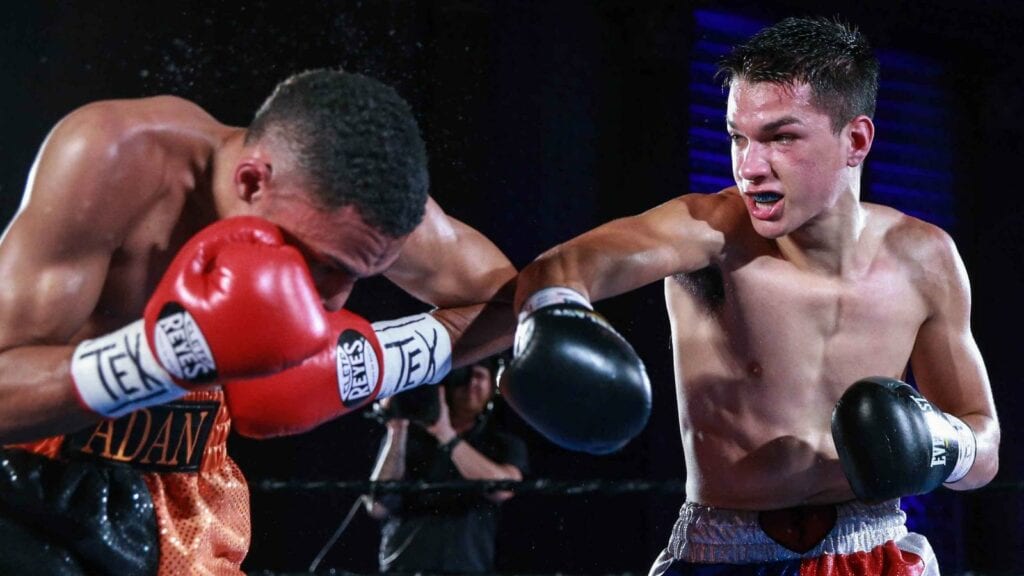 Figueroa next title defense against Chacon

The 22-year-old Figueroa (18-0, 13 KOs) will be defending his title for the first time after capturing it live on FOX in April by stopping Yonfrez Parejo in eight rounds. He set up his title-winning performance by knocking out Moises Flores in the third-round of their January fight on FS1. Representing Weslaco, Texas, the younger brother of former world champion Omar has a six-fight knockout streak that he brings into the ring on August 24. He returns to fight in his home state for the first time since March of 2018, when he stopped Giovanni Delgado in seven rounds in San Antonio.

“It feels amazing to be bringing nationally televised fights to Bert Ogden Arena for the first time for my hometown fans,” said Figueroa in a press release. “I’m looking forward to this fight and I’m going to continue to knock people out and move up the 122-pound rankings. I’m facing an awkward fighter, but I believe there will be opening for me to attack his body, which is one of my strengths. It’s going to be a great atmosphere and I’m working hard like the fight is in two weeks. I’ll be more than ready on August 24.”

Representing Mendoza, Argentina Chacon (29-4-1, 9 KOs) has won four fights a row leading up to August 24, most recently winning a decision in May over Diego Sananco. Chacon has challenged top fighters including Anselmo Moreno and Jamie McDonnell in world title fights. He will make his U.S. debut on August 24 after having previously competed in his home country, the UK, Panama and Ghana.

“I’m looking forward to this great opportunity to fulfill my dreams of being world champion like my brother Julio Pablo,” said Chacon in a press release. “To get here, I had to win a tournament to find the best super bantamweight in Argentina. I was the underdog in every fight and still won each time. That’s what I’m going to do again on August 24. I will win when nobody thinks I can.”

The 24-year-old Fulton (16-0, 7 KOs) is a Philadelphia-native and defeated previously unbeaten fighters in five of his last nine contests while rising up the rankings and most recently defeated former world champion Paulus Ambunda in his first 12-round outing in May. He takes on the 21-year-old Avelar (16-0, 10 KOs) from Aguascalientes, Mexico who made his U.S. debut in March by defeating Juan Antonio Lopez.

“I’m excited about this fight because it’s two undefeated fighters clashing which will be a big statement for me,” said Fulton in a press release. “I’m planning to make him the sixth undefeated fighter that I beat. I’m in shape now and I know I’m facing a fighter who’s going to bring it and give everything he’s got. But I’m bringing the speed, power, pressure and intelligence that will show you why I’m a force in this division.”

“I feel great about this opportunity and I’m ready to take full advantage of it,” said Avelar in a press release. “I’ve studied Fulton and I know he’s a good boxer, but he won’t be able to handle the pressure I put on him. I’m a fighter who’s constantly on the go and ready to throw over a hundred punches a round. This is going to be a great fight for the fans, and may the best man win.”

Born in St. Louis and fighting out of Houston, Price (14-0, 7 KOs) made his 2019 debut with a stoppage victory over Luis Eduardo Florez in April. The 29-year-old is unbeaten since turning pro in 2013 and will face off against Denver’s Estrella (13-0, 4 KOs), who turned pro the same year and is also yet to taste defeat. The 24-year-old most recently defeating Robert Rodriguez last November.