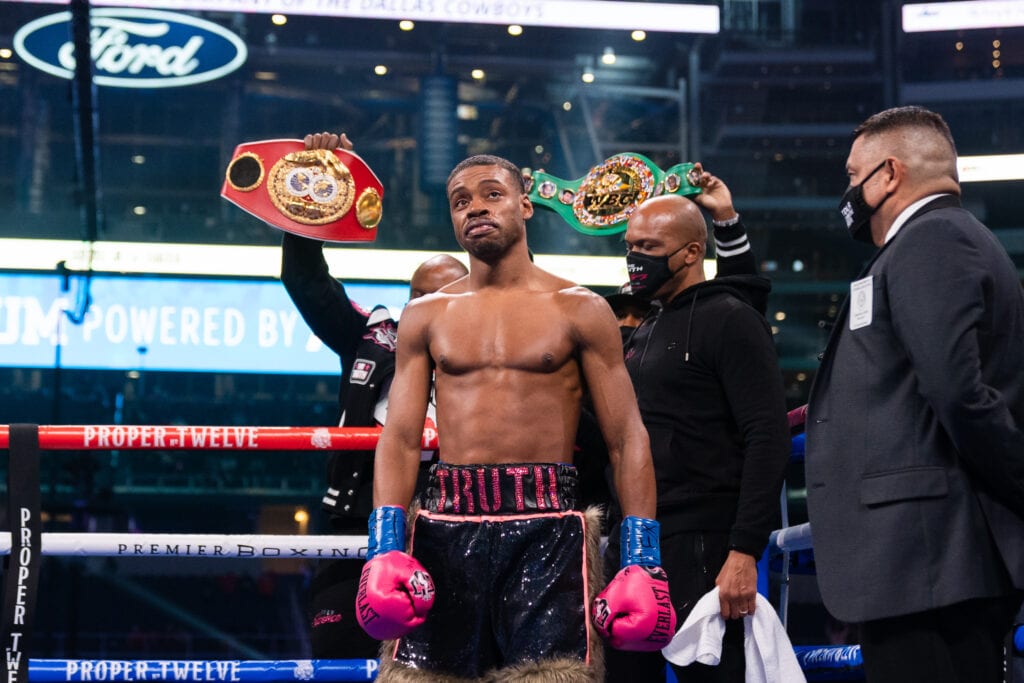 Stop With The Spence-Crawford Talk Already

The dead horse has reared it’s ugly head again after Errol Spence defeated Danny Garcia Saturday night, and I’m here to tell you all to stop while you’re ahead.

The never-ending and never progressing conversation of when Spence will take on Terence Crawford? I’m here to help you all out and tell you much as that song from “Frozen,”… let it gooooo.

Spence speaking after the win on Saturday didn’t sound like a man who was chomping at the bit to take on the WBO Welterweight champion from Omaha.

“I mean, he gotta live up to his words,” Spence said at the post-fight press conference following the victory of Garcia. “If he say he’s not worried about me, then I don’t know what he was doing here. I probably wouldn’t go to none of his fights, so I’m not worried about Terence Crawford.

Like I said, I’m gonna enjoy my time with my kids and chill out, and just reflect on this year-and-a-half that, you know, I came back and, you know, we’re gonna move on to the summertime and see who I fight. So, we’ll see. I’ve gotta talk to my manager, Al Haymon, and we’ll go from there.”

If “that talk with Al” is about Crawford, I’m sure as when the hometown Spence crowd booed him on the Jumbotron Saturday night, it will not go very well in terms of this matchup happening.

I will need everyone to throw in the towel on this becoming a thing in 2021 or ever as long as these two are fighting. That fight, much like my winning Powerball lottery ticket here, is not only a longshot but not likely because these two do not want it, as much as everyone has been clamoring for it.

Since I have been covering this quest for this matchup, I’ve always heard about making “the best fight the best” and creating enough outpouring support and conversation for it. Well, that has been happening for a long while now, and the only result so far is getting Crawford on some PBC broadcast graphics while under contract with Top Rank Boxing.

That is as far as the only and I mean ONLY progress we have for Spence-Crawford.

Further, PBC isn’t going to let it happen while Crawford spins his wheels, playing out his final months of his contract with Top Rank.

So, what will it take for all of us to see it happen?

I wish I had a better answer for you, but all signs point to Spence only fighting in the summer of 2021 against, as he mentioned, Manny Pacquiao. And, as much as Crawford has some buzz following his fourth-round knockout of Kell Brook, they cannot fight in a three-way into the ring.

Further, Sean Gibbons of MP Promotions speaking with Kevin Iole of Yahoo Sports, stated that Manny would be interested in fighting Spence sometime in 2021.

Just spoke to @KnuckleheadSean of MP Promotions. He said Senator @MannyPacquiao said he was impressed and thought Spence look good. Still has the fire to fight in 2021 and would like to take on Spence.

While we wait on those whose fighting Manny sweepstakes in 2021, we’ll wait even longer on the prospects of the Spence-Crawford contest.