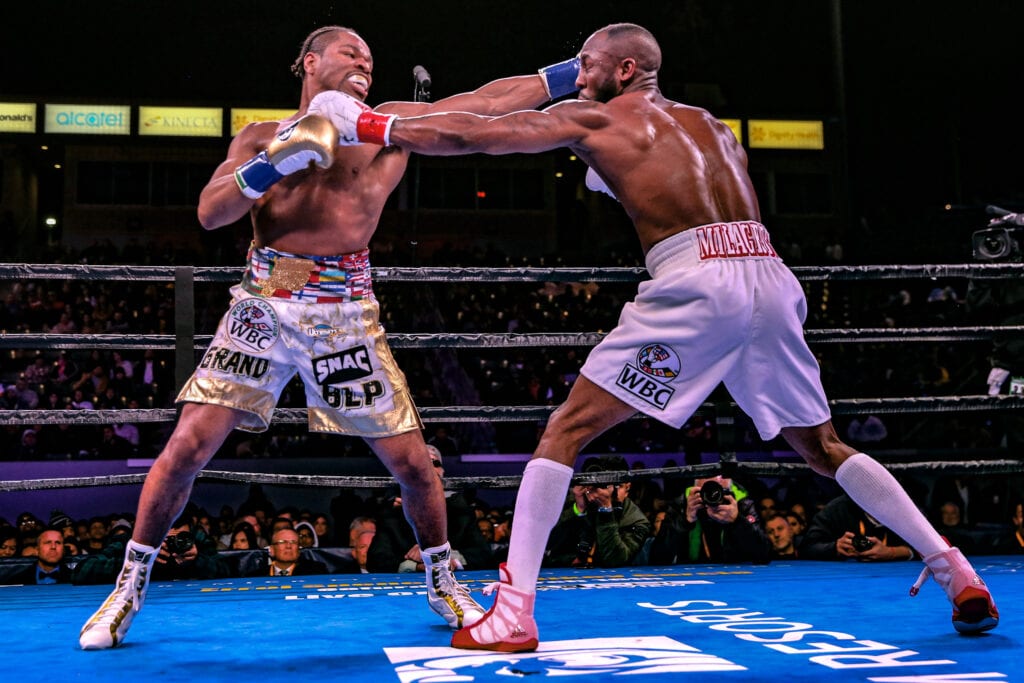 WBC Welterweight Champion Shawn Porter is on the hunt for his next opponent after successfully defending his belt against mandatory Yordenis Ugas.  So far all signs point to him taking on Errol Spence.

When asked about this while in attendance of Peterson’s last fight against Sergey Lipinets Sunday, he stated to reporters “I think we got Errol Spence next. We’ll see.”

I must admit the thought of paying for a Shawn Porter pay-per-view fight after his fight with Ugas in front of the smattering at Dignity Health Sports Park couldn’t make me groan in disgust loud enough. However, from both a business standpoint for Porter, it would seem to make the most sense. It what was one of the likey match options I had pointed out for Porter after he won.

Porter (30-2-1, 17 KOs) to his credit, has been mentioning he wanted this fight for a long time. However, he had to go through the process of defending the belt against Ugas, while Spence was at the time in talks for the megafight that took place in Dallas earlier in March against Mikey Garcia.

Spence (25-0,21 KOs) meanwhile is still undefeated after applying 12 rounds of punishment to Mikey Garcia for the majority decision win. The IBF Welterweight champion taking on Porter would seem the most likely choice if talks with Manny Pacquiao don’t materialize. Based on a recent poll Manny put up on his own Twitter, 73 percent said he should fight Floyd Mayweather next. Now if that doesn’t get you to question the voting process on the internet, I don’t know what will.

Who should I fight next?

The history between the two goes as far back as when Porter won the title from Danny Garcia last September. In the interview room at Barclays Center post-fight, Spence told Porter, “Don’t duck me, son.”

With both champions signed under the Premier Boxing Champions stable, it looks these two won’t be ducking each other for much longer.

Mares medically cleared to begin training after eye injury
Who wants a shot at Tevin Farmer?
Advertisement
To Top