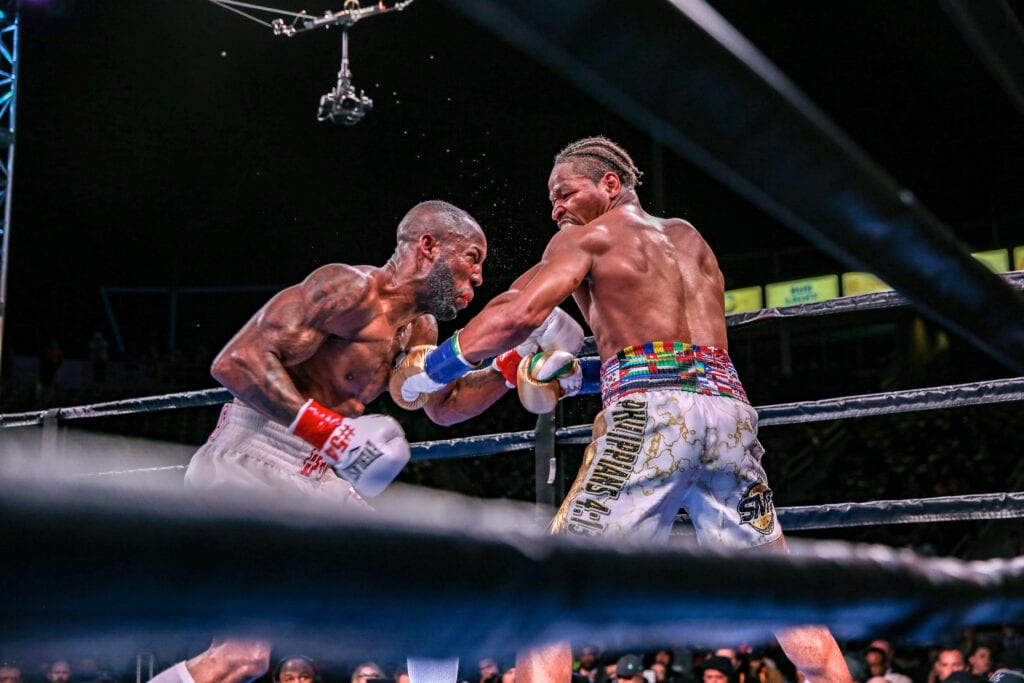 WBC Welterweight World Champion Shawn Porter first title defense is against Yordenis Ugas in what was a difficult bout for both fighters, judges to score and the end result.

To begin the fight, Ugas in the early rounds seemed to have the gameplan of attacking the body of Porter, while Porter was looking to attack with the right. It made for a great contrast in styles as Ugas was laying back waiting to pick his spots. Porter’s weight some would have guessed would become a factor because he struggled to make weight for this fight.

However, his footwork was crisp and he seemed to be able to move freely around Ugas at will.  With the first 4 rounds, Ugas seemed to be in my mind ahead of the fight just by the fact that Porter was playing into the style of boxing.

Ugas finishes round 4 with a flurry of hard shots! #PorterUgas pic.twitter.com/pvC3XpOxSw

Porter decided to start throwing and getting closer to Ugas and turned it on near the middle of the 5th round. After a flurry by Porter, Ugas came back with a body shot and both fighters started jawing to each other and at that moment, the pace of everything picked up.

Porter seemed to be in control of the 6th round landing more shots while Ugas and his defensive style seemed to take his foot off the gas he had put on in the earlier sounds. Ugas continued to try to play head games with staredowns at the end of the middle rounds.

Ugas with the death stare. ? pic.twitter.com/wMiw1gcdvn

As the fight grew on, Ugas’s ability to keep up with Porter’s speed was clearly a disadvantage that was in favor for Porter but he wasn’t throwing enough punches to take advantage as Ugas has been able to time his counters. Porter was able to take control of the ninth round with his ability to land more shots, but this fight through the first 9 was very close to call or score. Even on the broadcast they had it pretty evenly going either way.

Porter catches Ugas with a left at the end of the 11th! ? pic.twitter.com/CSX7KgPMBW

The championship rounds were going to be the test for both fighters and also very interesting as they both were showing bruising with a bloody eye for Porter and a busted lip for Ugas as well. Ugas kept working on the inside to try to keep slowing down Porter who wasn’t showing any signs of fatigue. Both fighters seemed to have slowed down on the action but the fight seemed to have been just enough for Yordenis Ugas to become the new welterweight champion. Even unofficially on the Fox broadcast as Marcos Villegas as he had the fight for Ugas 115-113.

The judges saw it differently however as they had it 116-112 Porter, 117-111 Ugas and 115-113 Porter giving him the win and retaining the title. The win is also Porter’s 30th and we now begin the conversation on who is next for Showtime.