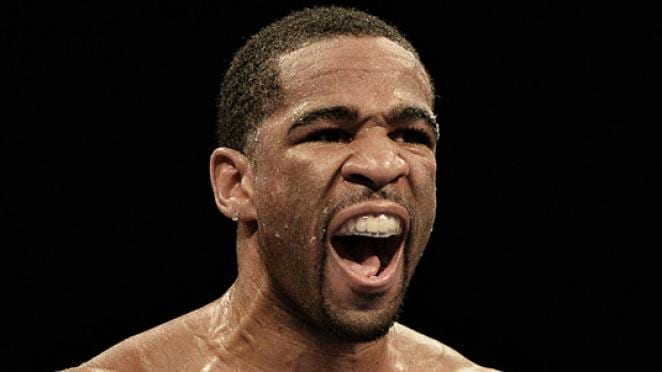 Former champion Lamont Peterson was in action against former junior welterweight champion Sergey Lipinets in a 12-round bout that seemed to help put either one back in the title mix. This was the main event that after a close fight in the co-main event that saw Jamontay Clark survive Vernon Brown to wake up the crowd at the MGM National Harbor in Maryland Sunday night.

Peterson who was back into the ring after suffering a loss against Errol Spence Jr. and against Lipinets, he looked strong from the opening bell. Both fighters started out swinging early and that fact was mentioned in the broadcast as both former champs are volume punchers. Peterson in the opening rounds had the early advantage as he was landing more effective shots on the smaller Lipinets.

Peterson also had a dedicated approach to attacking the body as Lipinets was looking to establish the jab and sneak in an uppercut inside. After 4 rounds, the match seemed pretty even with Lipinets able to land more effective shots near the end of rounds 2 and 4.

As round 5, came to a close it had both going at toe to toe with Peterson exchanging shots with Lipinets. He seemed to gain the advantage of landing shots through the defense of Lipinets. What also aided it was an early bell by the timekeeper who stopped the round 30 seconds early, forcing an abrupt restart. Despite the shots being flown and the timekeeper mishap, Lipniets was game for the task and was able to keep up with Peterson almost punch for punch.

As the fight grew on and towards the middle rounds, Peterson was able to stay with his approach of attacking the body and was getting throw the guard still of Lipinets. Lipinets was still throwing back however despite a career-high barrage thrown by Peterson. Lipinets, however, hit Peterson with a right that had him hurt and having to survive the last minute of round 8. At this point, the fight was so close it was anybody’s call.

Lipinets in round 9 continued to pounce on that opening he created in the eighth and seemed to be headhunting after in the whole round. Peterson’s left eye by the point was showing swelling from the effects of Lipniets punches. As the tenth round started, both were still throwing in waves and until Lipinets caught Peterson with a right with 10 seconds left in the round to send him up against the ropes. Lipinets saw this and pounced on Peterson and threw a right to send him to the floor with the towel flew into the ring as he went down. The official stoppage is 2:59 of the 10th round by technical knockout victory Lipinets.

Lamont Peterson showing the effects of a hard-fought loss announced to the crowd at the end of the fight that he would head to retirement and thanked the crowd for everything.