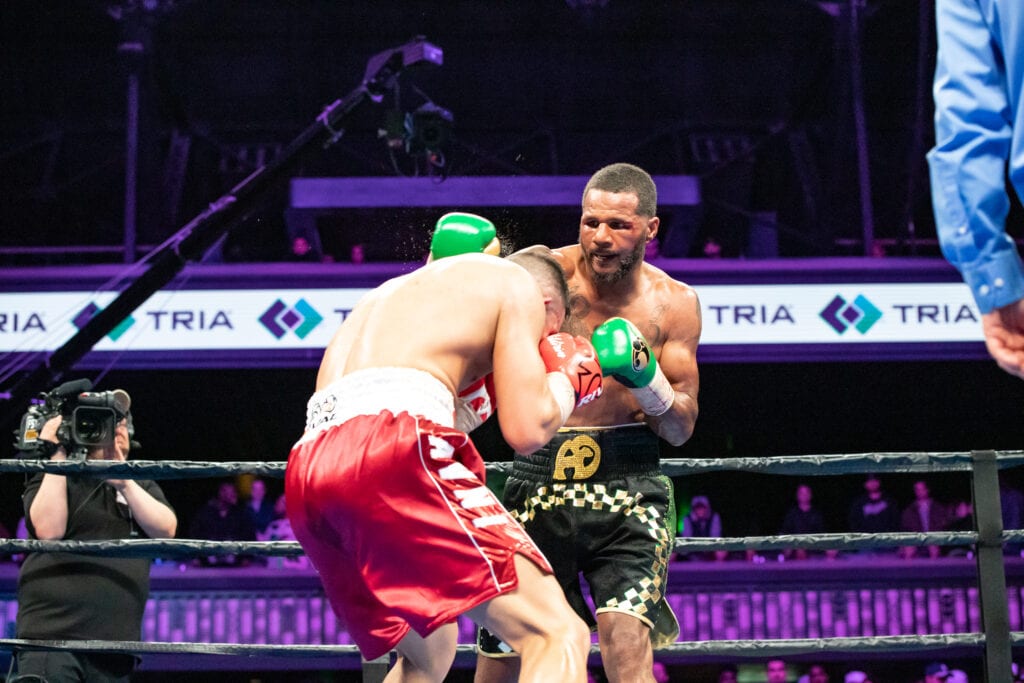 Anthony Dirrell and Avni Yildirim headlined the main event for the vacant WBC super middleweight championship on a card that featured a lot of fireworks and several knockdowns.

The historic venue The Armory in Minneapolis, Minnesota was the stage for the night of knockouts and when it was all said and done, crown a new champion.

Marcus Hernandez (13-1-1   vs Jeison “Banana” Rosario opened up the FS1 part of the card which was a rematch of a fight they both had fought to a draw back in February of last year. The 10 round middleweight bout had the classic boxer versus counterpuncher fight and It showed early as Hernandez would set the pace a lead out with Rosario countering with shots to the body.

Started off slow early on and was a technical fight until Rosario picked up the pace in the 4th. Rosario who is the bigger puncher of the two from the middle rounds to the end seemed to dictate the fight and power shots which eventually led to a knockout with a left in the 9th. Hernandez got back up but was still visibly hurt and the ref stopped it for the victory for Rosario. Rosario with the victory moves up to 17-1-1, while Hernandez falls to 13-2-2.

Jeison Rosario gets the TKO victory in the 9th. pic.twitter.com/gMAkpdx4oz

Next up was the co-main event of the hometown fighter Jamal James taking on Janer Gonzalez in a welterweight matchup. James was on the offensive early in this fight, attacking quickly and peppering Gonzalez with shots. By the sixth round, he turned it on hitting Gonzalez with a flurry of combinations before making him fall with a right to the body with 14 left in the round.

Gonzalez got up and the round ended but he couldn’t answer the bell to start the seventh giving James the win by TKO. James improves in front of the home crowd to 25-1 while Gonzalez falls to 19-2.

Look at that body shot! ? pic.twitter.com/gOLz7b8CDJ

Anthony Dirrell took on Avni Yildirim to close out the show for the vacant WBC title in a 12 round middleweight contest. The fight started out with Dirrell landing more power shots, while Yildirim was able to attack the body (as our David Schacht laid out in our preview of the fight). Avni got the better of Dirrell in the 4th round by keeping him on the ropes and landing solid combinations.

The middle rounds showed that Dirrell was the better punches, but the shots he was taking by Yildirim showed punishment, as he cut Dirrell on his left eye. That left eye would be the focus of Avni that would ultimately stop the fight after an accidental headbutt in round eight. This led to a technical decision and the scorecards who judged it 98-92 in favor of Yildirim, while the other two had it 96-94 for Anthony Dirrell.

The headbutt ending the fight in late rounds will be one many will question, but at the end of the night, Dirrell is the new and 2-time WBC middleweight champion. Dirrell climbs to 32-1-1 after this bout while Yildirim slides to 21-2.

After dominant Saturday, what’s next for Leo Santa Cruz?
The trials and tribulations of Eubank Jr.
Advertisement
To Top