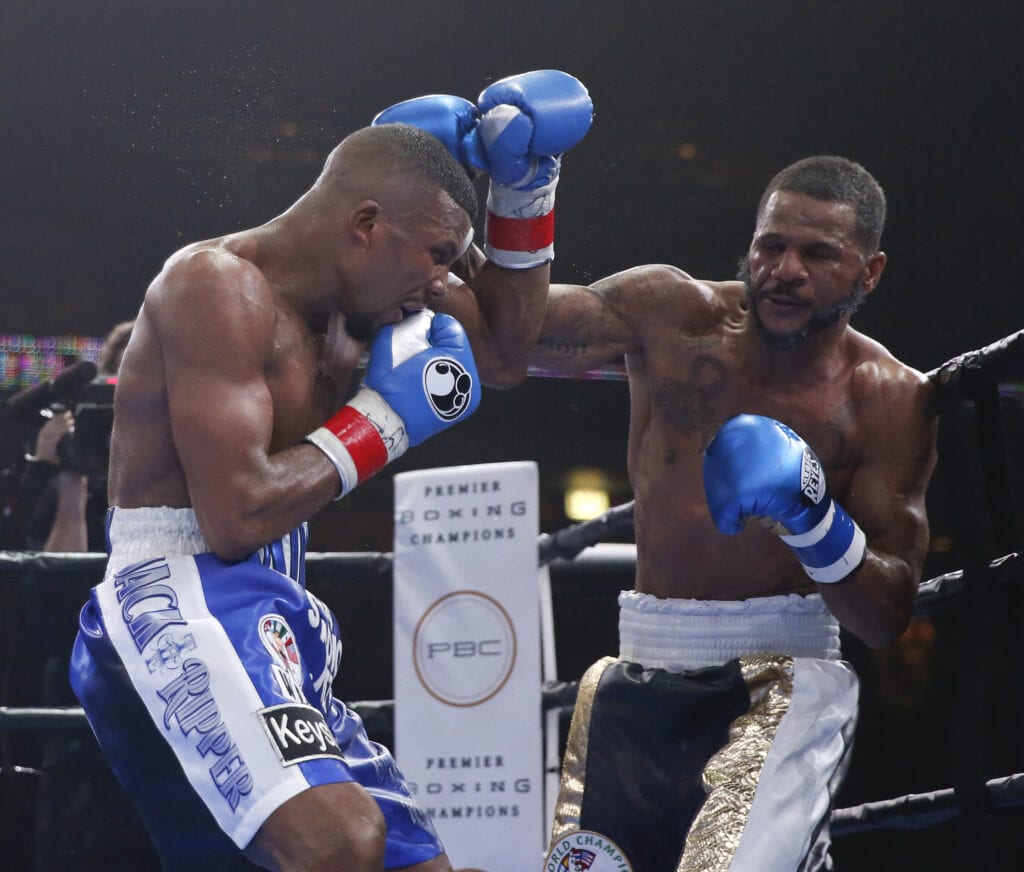 Saturday night, boxing fans will be treated to a showdown at Super Middleweight with the vacant WBC strap. That was formerly held by the youngest titleist in boxing in David Benavidez, who was stripped following a positive test for a banned substance. Anthony “The Dog” Dirrell and Avni “Mr. Robot” Yildrim will headline the main event for the PBC show in Minneapolis, Minnesota.

Here’s what to expect

Fight fans can expect a hotly contested bout between the two and fists will fly. Both are two of the top contenders in a division that is currently experiencing a drastic reshuffling of the deck following the WBC stripping Benavidez, and the recent upset of Caleb Plant taking down Jose Uzcategui in a spectacular showing that saw the IBF belt change hands.

Now comes two contenders battling it out for another changing of the guard with Saturdays bout producing another new champion in the dynamic super middleweight (168 lbs.) division.

Dirrell (32-1-1 24 KO) has had a long road rife with twists and turns since his pro debut over 10 years ago.After establishing himself as a prospect, Dirrell was diagnosed with non Hodgkin’s Lymphoma. After a successful round of chemotherapy, Dirrell was cleared to fight again in 2008 showing the fighting spirit to conquer his battles inside and outside of the ropes. Dirrell then fought twice for the title after racking up a 14 fight win streak.

He lost a close decision to Sakio Bika before the immediate rematch which saw Dirrell beat his foe Bika by unanimous decision to attain a World Championship. He lost it promptly in his first title defense to Badou Jack, the now light heavyweight contender. Saturday night Dirrell is looking to become a two time super middleweight champion, He is facing a tough technical fighter in Yildrim (21-1 12 KO) hailing from Istanbul, Turkey.

Yildrim announced himself as a contender with a surprising victory over the veteran Marco Antonio Periban.

The victory culminated in a clash with Chris Eubank Jr. in a bout where Vildrim saw success in the early rounds but suffered a brutal KO loss to the more experienced Eubank Yildirim was seemingly unable to compete with the speed and power of the vicious Eubank that night in 2017. Following the KO loss and only taste of defeat, Yildrim has rebounded, racking up a five fight winning streak and now his first title shot against Dirrell.

Why Dirrell is favored

The obvious edge goes to Anthony Dirrell in his experience and championship level talent. Dirrell however, has a poor jab that could possibly play right into the game.  However, Yildrim’s style and his throwing of power shots at times with recklessness and his not setting up his power behind the jab can expose him.

Yildrim, being the technical-less explosive of the two fighters, has a good jab and is competent fighting on the inside with just enough power to back up his opponent. And, fight fans know there is no certainty in the sweet science.

On paper, the match appears to be a clear win for the Flint, Michigan native, Dirrell.

The speed of Dirrell will trouble Yildrim, just as in the Eubank routing, that saw Yildrim brutally knocked out in his only defeat. Dirrell looks to regain his status as a champion with the technical Yildrim unable to cope with experience and power coming at him, causing the distressing mindset that we have seen Yildrim experience in the past.

While it lasts, I see a late stoppage or the Yildrim corner waving the white flag to save their fighter from the offensive explosion of Dirrell, and the gradual decline of the technical skills Yildrim uses so effectively breaking down in the later rounds.

Both will surely have their moments in this fight, but expect to see Dirrell reclaim his title against a game opponent who can win exchanges and back up Dirrell at times. However, Yildirim should simply be overpowered by the superior skill set of Anthony.