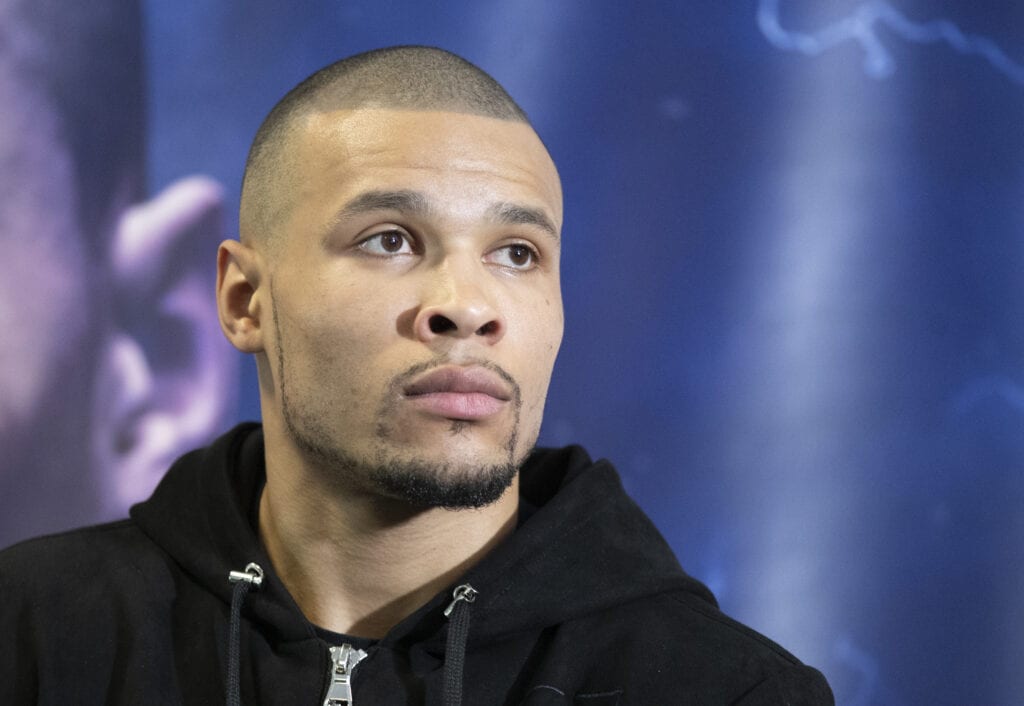 (Here’s a great commentary from David Payne, a.k.a. “The Boxing Writer” from England, who is also a frequent contributor on the Big Fight Weekend Podcast, about the career of Chris Eubank Jr. This item originally appeared on David’s site, www.boxingwriter.co.uk)

As Jimmy Lennon Junior’s voice filled the night air; his familiar timbre validating the announcement for British and American observers, the expression of relief that stretched across the face of Chris Eubank Junior proved contagious.

It afforded the famous father’s son, albeit fleetingly, a moment of joy he could not contain and a fleeting connection with an audience he too often keeps at the end of an adopted persona. Lifted high in to the air by Chris Eubank Senior, a man of increasingly indiscernible age but ever more telling and pointed insight Eubank Junior soon returned to his customary brooding demeanour, but the shared moment may prove pivotal in his connection with the viewing public.

His relationship with his father, boxing’s most enigmatic peacock, has seemed strained during this build up and like all of us with the blessing of children, even those given to thinking deeply about the role, Eubank Senior is still learning on the job. As a father, and as an advisor to a fighter who has much of what is required to succeed but not the everything he once was thought to possess, the urge to guide and advise remains undiminished by Eubank Junior’s adulthood.

In defeating James DeGale on Saturday night, Chris Eubank Junior proved much about himself and about his vanquished foe too. To speak of DeGale’s evident decline, or the decline of any defeated fighter for that matter, is always an uncomfortable assignment. Firstly, because of the dent it inevitably inflicts on an already bruised ego, and a fighter’s ego is an essential component of their sense of self and their ability to continue, to endure, when nature insists they stop. Further, it diminishes the victor’s performance and accomplishment. The decline cannot be ignored, because history insists it is recorded, it would be misleading to those who arrive at reports of the fight 30 years from now if it were not.

But now is not the time to apply the asterisk.

For now, Eubank must be congratulated for his performance, one delivered beneath the burden of doubt those around him had and the tangible sense defeat would prove conclusive in pruning his ambition. The triumph was built on the foundations of his youth, comparative to his opponent, strength and speed. Notably, it also came with a voice in the corner the 29 year old seemed willing to heed. And if he is to have success beyond this bout, against his compatriots in the top ten, he will need to absorb the acumen of a wise head, and listen to their views between rounds too.

Eubank has resisted that voice. Ignored it. And in doing so his growth has being restricted. Saturday offered hope that the remains of his prime could still be capitalised on, that the smile he shared shows the door is ajar and is reflective of someone who appreciates, belatedly, that his surname and six pack doesn’t guarantee he has all the answers.

James DeGale, meanwhile, leaves on his feet, with the pride of seeing the final bell of his career standing and able to look the next chapter of his life in the eye. Hopefully, he remains intact and content enough to enjoy the retirement he must surely now embark upon because in ending his career he will be troubled by the losses to Groves and Eubank despite the considerable medals, titles and money he has accrued.