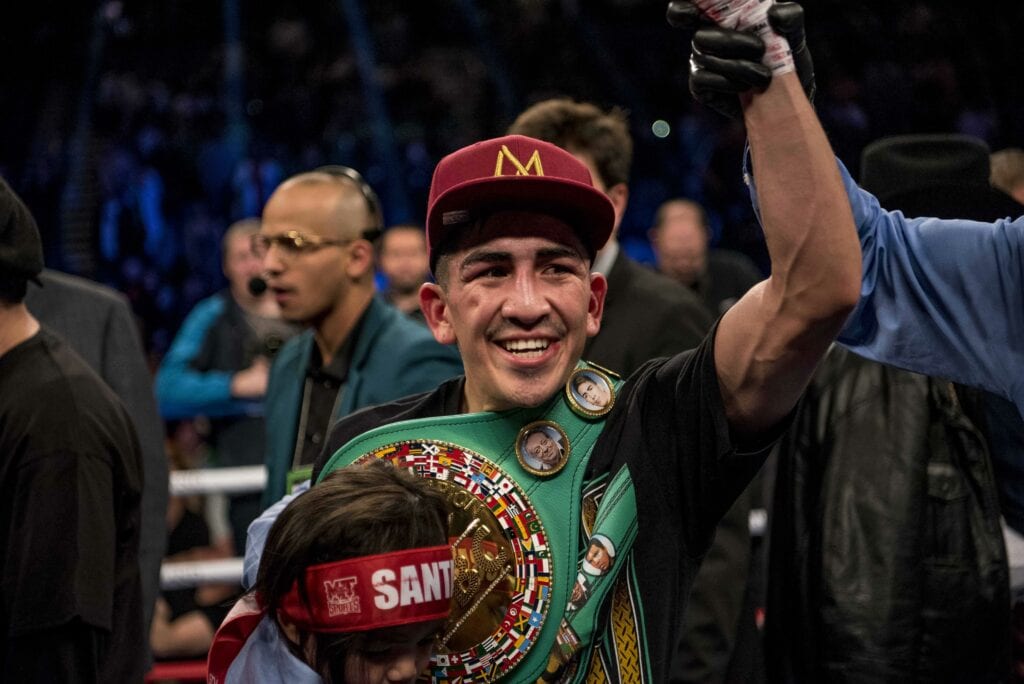 Santa Cruz was his usual active, huge quantity of punching self, as he threw over 1,200 punches in the 12-round fight and landed over 300 of them in scoring the easy win.

All three judges at ringside gave Santa Cruz the lopsided decision 119 – 109. That translated that they all believed Santa Cruz lost only one round in the entire fight.

This was opportunity for Santa Cruz to be showcased nationally on Fox TV through Premier Boxing Champions in the main event from the Microsoft Theater in his adopted hometown of Los Angeles. And, a sold-out crowd of 5,100 fans roared at times, as Santa Cruz let loose a barrage of punches on the game but overmatched Rivera.

Santa Cruz was thankful and satisfied post-fight: “I want to thank all the fans that came out tonight to support me, I tried to do my best and do what I could to give them a great fight. I would have loved to have been even better, but he’s a really tough and solid opponent. I hit him hard to the body and head very well, but he didn’t go down.”

Continuing on after the latest defense of his WBA featherweight Championship, the now 36-1-1 Santa Cruz made two things very clear:

One, he wants to remain active, including having another opponent by July for his next defense.

And two, he desires to do it against the best in his division saying  post fight: “I want to unify the belts against anybody, the champions Oscar Valdez, Gary Russell, Josh Warrington, even a third fight against Carl Frampton. Any of those fights, I want them.”

Russell, the WBC champ, could be an opponent this year, as they are both promoted by PBC. A Frampton fight would also be intriguing, he handed Santa Cruz the only loss of his career before Santa Cruz avenged that defeat in a decision victory in 2017.

The fighter dubbed “El Torrento” or  “The Hurricane,” certainly has a marketable style of offense and aggression that will makes a serious player in the near future for big-time fights and pay days, too.