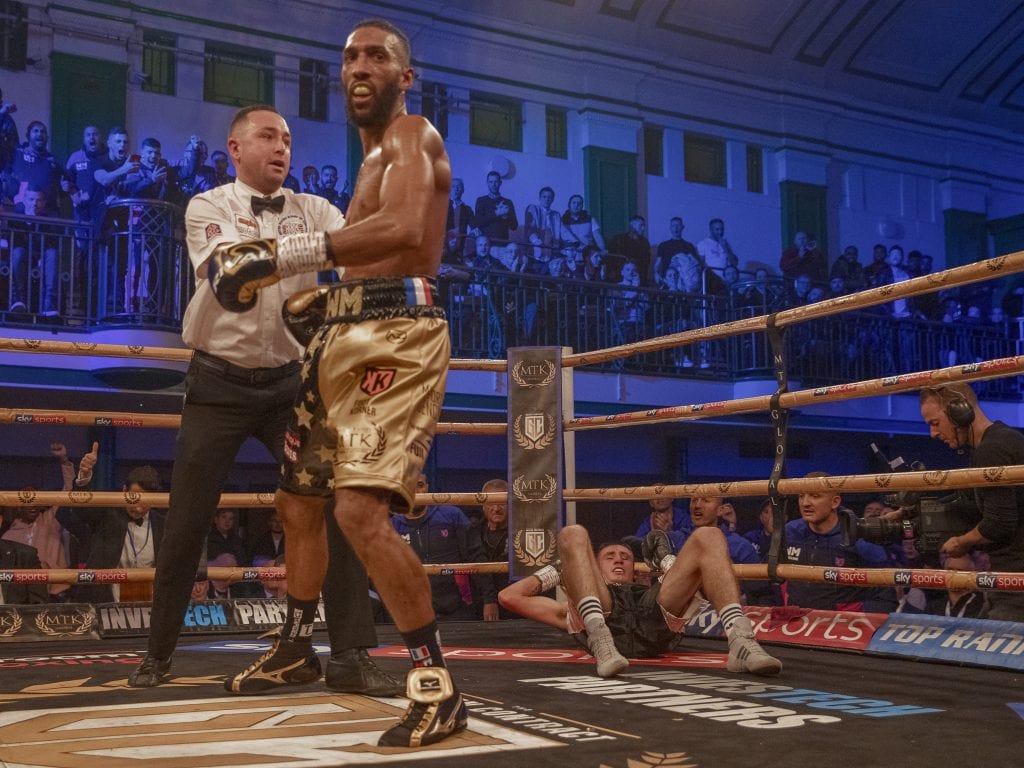 Mimoune -‘It will be a war without respect’

Mohamed Mimoune has respect for his #GoldenContract rivals outside the ring but will gleefully flick that switch off for the semi-finals.

France’s top super-lightweight (22-3, 3 KOs) climbed off the canvas to stop the dangerous Darren Surtees in the last eight and now heads back to York Hall on February 21st alongside Ohara Davies, Tyrone Mckenna and Jeff Ofori to battle it out for a place in the final.

Mimoune said: “I was surprised during a lapse of concentration when I was knocked down but I have worked on it with my team and it won’t happen again.

“The three other fighters left in the #GoldenContract are all good opponents who I respect but in the ring it will be a war without respect.

“I am very excited to return to London and fight for all my English fans with the magnificent ambience they create at York Hall.

“I’ll also have people travelling over from France who will be present in London as they are in the rest of the world. They follow me everywhere. It gives me even more strength and yes, it will get noisy.

“I have the ability to adapt to fight all types of fighters so I will be able to vanquish all three potential opponents. I don’t have a particular choice – it’s my coaches who will select my opponents.”

Mimoune and the 140lb hopefuls fight for glory on the same night the #GoldenContract featherweightss – Leigh Wood, Ryan Walsh, Tyrone McCullagh and Jazza Dickens – battle it out. The winner of each tournament will land a two-year, five-fight deal that guarantees six-figure purses for every fightalong with global exposure.