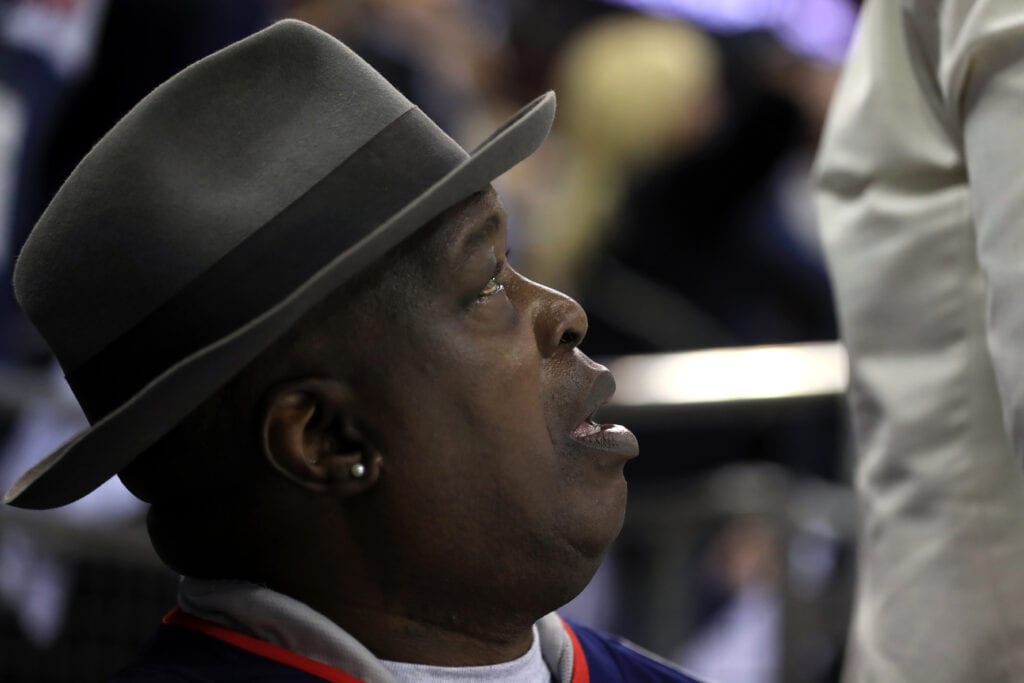 And while the years have passed, the impact of that surreal night in Japan is still great.

Now, we did a near reenactment of a Heavyweight Title upset of that magnitude last June in New York as little-known California Mexican-American contender, Andy Ruiz stunned England’s unbeaten Anthony Joshua to capture the Unified Heavyweight belts and leave “mouths agape” in the boxing world.

But, as shocking as Ruiz’s performance was at Madison Square Garden last Summer, it’s still not on quite on the same level plane with what Douglas did to Tyson to start the decade of the 90s.

As an unbelievable 42 – 1 Underdog at the lone Sportsbook in Las Vegas that would take legal wagering on the seemingly foregone conclusion Tyson title defense, Douglas put together a stunning display boxing skill and toughness decking Tyson once and for all in the 10th round.

The images of Tyson bucking from the Douglas uppercut, then, vulnerable standing with his guard down for a finishing Douglas hook and finally on all fours trying to put his mouthpiece back in backwards and beat the count is still fresh.

The boxing world was universally stunned.

We wrote previously about the historic Sunday afternoon in the Far East here. And, yes, with the timezone differential from prime time in the United States to Asia, it was the next afternoon, when Douglas and Tyson answered the bell in the Tokyo Dome in Japan.

Time marched on from that crazy night, but was not kind to Tyson. He went to prison in Indiana on a rape conviction with the guilty verdict being announced almost to the exact hour in February 1992 on the second anniversary of his loss to Douglas.

Tyson came out of the joint in 1995 and reclaimed the Undisputed Championship before Evander Holyfield upset him in November of 1996 and he was never champion again.

As for Douglas, his time in the limelight was fleeting and actually, it was also Holyfield who dispatched the out-of-shape Douglas with one punch in the third round in October of 1990. Thus, knocking Buster off the world title stage, once and for all.

Now, in a wild ironic twist to Ruiz’s upset of Joshua last summer, he lost the title back to Joshua by lopsided decision, while out of shape like Douglas 30 years before him. And doing so, in Ruiz’s next fight and also, just six months after he won it all.

Truly, an amazing example of history repeating itself in heavyweight boxing history.

But, still there was just something romantic about what Douglas was able to do that afternoon in Japan and it still endures.

Finally, fight fans and observers in the 60s had their shocker of young unbeaten Cassius Clay beating the menacing Sonny Liston to take the title, and start his iconic reign as  Heavyweight champ through the rest of the 1960s and into the 70s.

And, those of us fortunate enough to be old enough to have watched and understood what Tyson did to the rest of the heavyweight division in the mid-late 1980s understand the magnitude of what Douglas did to him in Tokyo.

But it doesn’t lessen the historical significance of February 10th. 1990 in Tokyo and a night, when Buster Douglas gave hope to all fighters for years and even generations to come, that anything is possible.