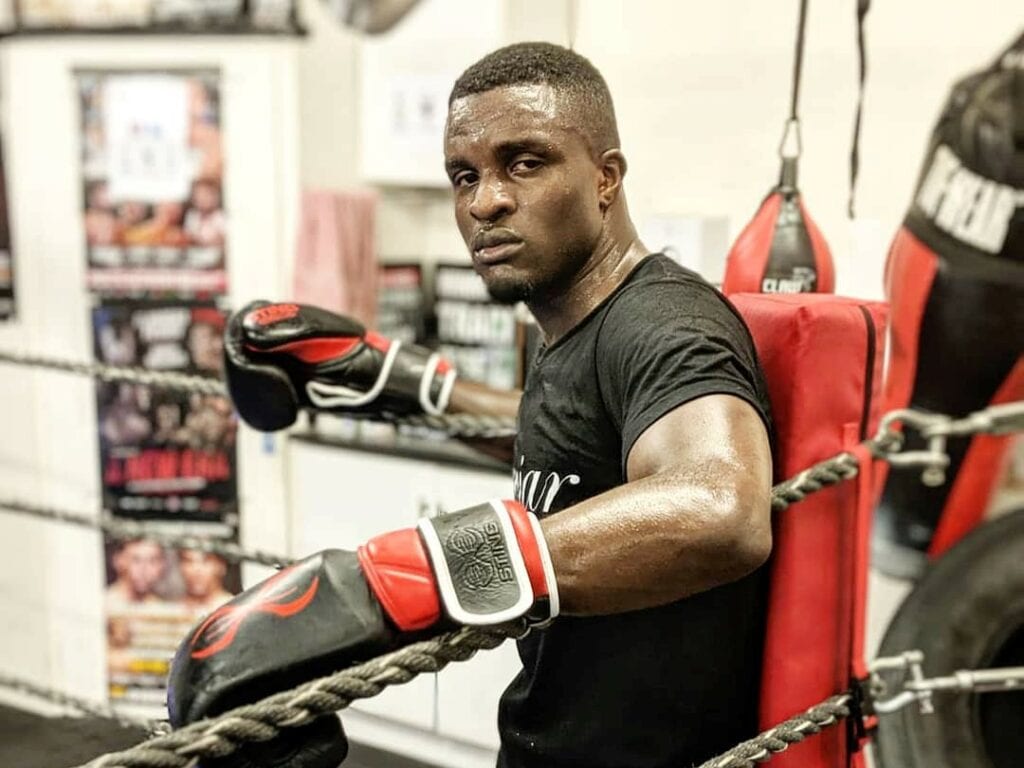 Ohara Davies is famous for a powerful right hand and has revealed new trainer Angel Fernandez is unlocking its full potential.

London’s ‘Two Tanks’ is already into the semi-finals of the #GoldenContract and has joined forces with Spain’s Fernandez, who recently helped Anthony Joshua regain the WBA Super, WBO, and IBF world heavyweight titles.

As he prepares to take the next step against one of Tyrone McKenna, Mohamed Mimoune and Jeff Ofori in the final four, Davies is delighted with his rapid progress.

Davies said: “I remember the first week of working with Angel. It was a shock to the system. There was so much footwork and movement involved.

“There has been a lot of new information to take in. I was used to a certain style of coaching but now I’m with Angel, he’s just completely different. There’s a lot more twisting and turning, slips and pulls. I’m learning so many new movements.

“Angel is making me a more attacking fighter. With these guys who are left in the tournament, I’m working specifically for each of their styles. We’re working on game plans. We have to learn more about them than just their records. Look at Mimoune – his record doesn’t have many knockouts but he looked like he could really punch when he stopped Darren Surtees.

“I’m learning lots and I’m learning fast. I thought one day I might be a coach before I met Angel. Now I’m not so sure – these top coaches are on another level of understanding. It’s amazing.”

Fulton victorious over Khegai
Is Hurd’s next fight with Jermell Charlo?
Advertisement
To Top
We use cookies to ensure that we give you the best experience on our website. If you continue to use this site we will assume that you are happy with it.OkPrivacy policy