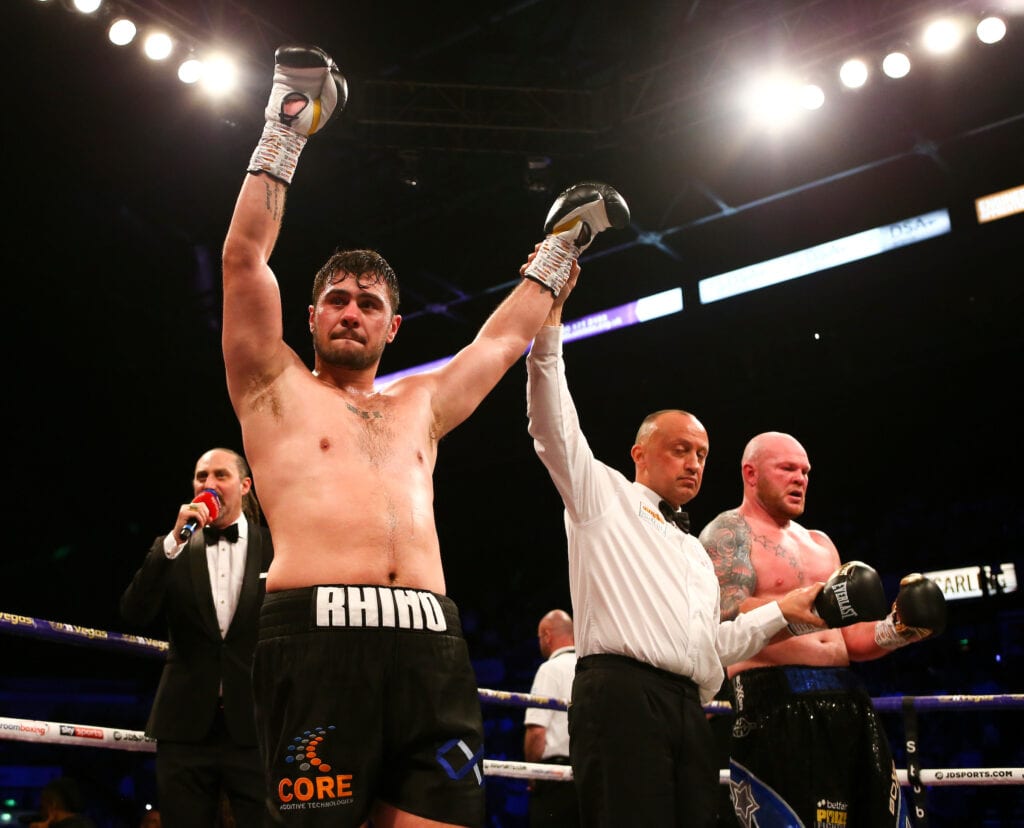 A controversial knockout between British heavyweights Saturday night in Sheffield, England, has fight fans, observers and media alike wondering what really happened? And mid-Monday morning, one of the participants, Dave Allen, responded to us for his first public comments to attempt to clear things up.

As we wrote earlier Monday, there is plenty of speculation and scrutiny about the ending of the Allen- Darch fight and more specifically, the round that Allen’s knockout occurred.

To be clear, again, an investigation should be held based on all of the different relevant information that we wrote about and that points to the suspicions the Allen’s knockout may not have been legitimate.

Now, in fairness to the fighters, they are entitled to respond to the allegations. Darch did that on Saturday night with this tweet:

Fix?if so I want a bigger cut?twitter beauties x pic.twitter.com/FQc7Mo7JQP

However, Allen had not, to our knowledge, commented about the allegations, as they continued to swirl Sunday in the U.K. and all over the boxing world.

Then, we published our item questioning the legitimacy of the knockout/the controversy around it, while laying out all of the relevant evidence. This included, a link to the video of the fight itself.

That’s when, Allen chose to respond to us (and anyone else questioning the authenticity of his win) on Twitter here:

“The British boxing board and gambling commission are very welcome to contact me at there convenience and talk this through and happy to answer all questions and I hope they do this as soon as possible and put the matter to bed,” Allen stated.

We followed up, asking if he wanted to comment any further to us? But it appears that, as he tweeted, those will be his only words for now, about the Saturday’s KO and aftermath of it.

Now, we will wait to see if an investigation is held and what the outcome might be?

Was Saturday night Allen-Darch Heavyweight fight fixed?
Mimoune -‘It will be a war without respect’
Advertisement