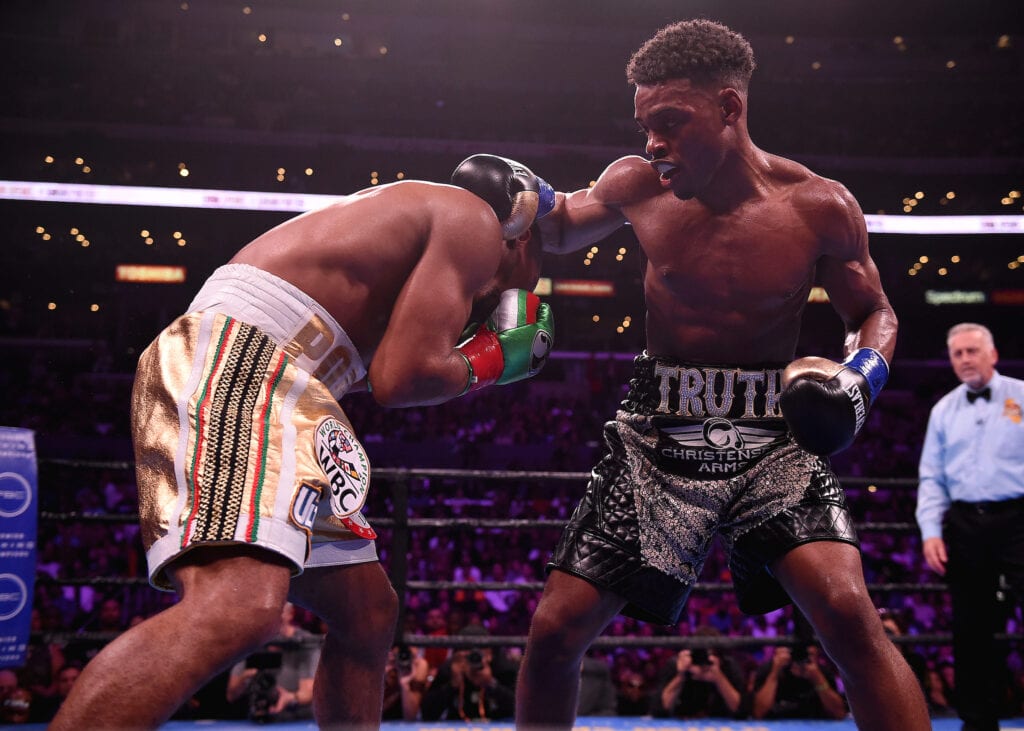 The wait is almost over for one of the great unknowns of 2020 involving a championship fighter and his first fight back after a horrific car crash late in 2019. And for former Undisputed Heavyweight Champ Lennox Lewis, who will be on the call of Errol Spence vs. Danny Garcia Saturday night in Texas, he echoed what many are saying/wondering: “Is Spence really recovered?”

And, when Bayless asked Lewis on the show about what we know or could expect with Spence having been out of action for 14 months after the car crash, Lewis made clear that no one will know if Spence is recovered and ready to fight at the highest level until we see it Saturday night,

"We just want to see if he's OK. Nobody really knows for sure until he gets in there until we see him perform." @LennoxLewis joined @undisputed to discuss #SpenceGarcia and if Spence will be the same fighter he was before his car accident

“Errol Spence is saying he’s okay. We just want to see if he’s okay. Nobody really knows for sure. It’s not 100%  until he gets in there until we see him perform and we’re satisfied that he’s okay.

Then, he’s okay. This is what makes exciting fights, because there’s different aspects to the fight that we have to look at,” Lewis said.

There is much anticipation for the unbeaten Spence’s return to the ring for the first time since September of 2019. That’s, when he decisioned Shawn Porter in Los Angeles to capture the WBC 147 lb. title along with his IBF World Championship.

Just two weeks later, Spence was involved in a horrific one car crash in the early morning hours in Dallas, Texas, where his car catapulted down a median and Spence was ejected from the vehicle. Amazingly, he escaped serious injury with only a concussion and a hairline fracture of his jaw.

That delayed the original timeline of Spence fighting Garcia in January of this year and then, the Covid-19 pandemic shut down the sport between March and July.

PBC waited to the back end of the year to schedule the title fight and now, even moved it to Texas and AT&T Stadium in Arlington, where some 10,000 or so fans will be present on Saturday night.

The unbeaten former U.S. Olympian Spence has an 26-0, 21 KOs record. And, he originally won the IBF version of the 147 lb. title in May of 2017. That’s, when he stopped England’s Kell Brook in the 11th round in Sheffield, England.

As for Garcia, the former World Junior Welterweight champ has had two previous unsuccessful attempts at winning a 147-pound world championship. He was beaten in two title challenges. First by WBA Champion Keith Thurman losing on decision in March 2017. Then, Porter beat him over 12 rounds for the vacant WBC 147 lb. belt in September of 2018.