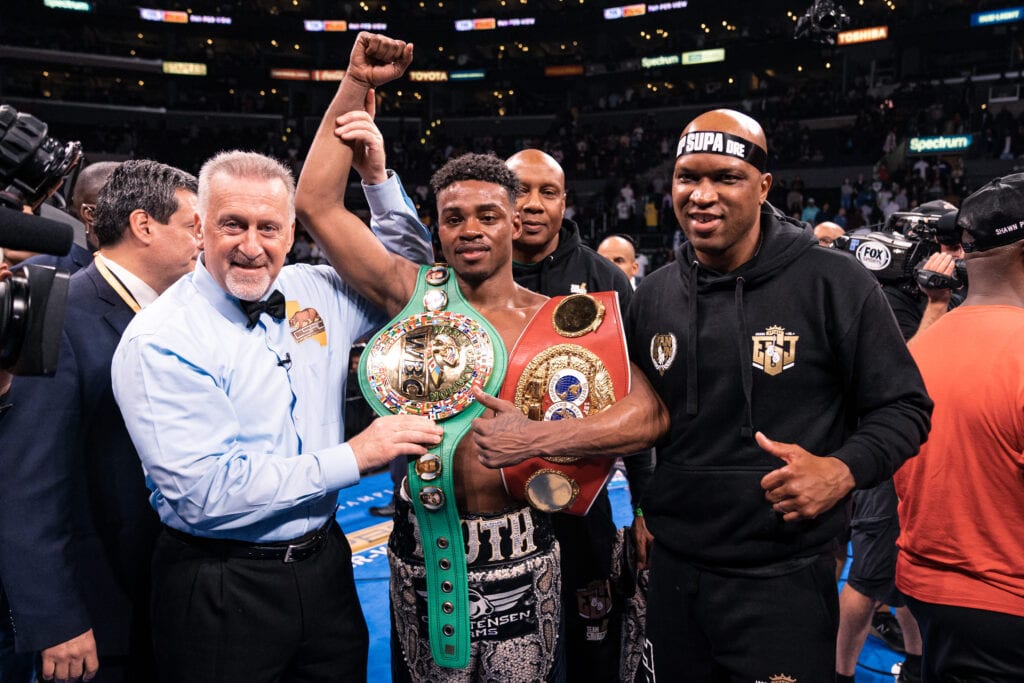 Recently-crowned unified World Welterweight Champion Errol Spence is in serious condition in a Dallas Hospital Thursday morning after he rolled his Ferrari in an apparent one-vehicle accident just after 3 a.m. local time.

CBS 11 News in Dallas reported Thursday morning that Spence was going at a high rate of speed at Riverfront Boulevard near Interstate 30, when he apparently lost control of his vehicle:

#BREAKING: Sources confirm to CBS 11 News that the driver who was injured in a rollover crash this morning is boxer Errol Spence Jr. of DeSoto: https://t.co/ZAoEj196v5 pic.twitter.com/DRChz4vNfe

The station also reported vehicle hit the center median and flipped multiple times ejecting Spence onto the concrete. Authorities confirm Spence was not wearing a seatbelt.

Authorities further confirmed to the t.v. station that Spence was the only person in the vehicle and they are still seeking witnesses and more information on the accident.

Spence was taken to Dallas Methodist Hospital in what was termed “serious condition.” He is currently in the intensive care unit of the hospital, however, it is not believed his injuries, at this time, are life-threatening.

CBS 11 further reported that authorities are investigating, as to whether drugs or alcohol may have been a factor in the crash.

The 29 year-old Spence just won the WBC Welterweight Championship to add onto his IBF World Title on September 28th when he defeated Shawn Porter in Los Angeles by 12 round split decision.

Spence, a former US Olympian, is now 26 – 0 with 21 KOs and regarded as one of the top fighters in any division in the world.

Spence is from the city of Desoto, Texas, not far from Dallas and is an obvious huge local fan favorite.

Spence has gained worldwide attention over the last year after he defeated unbeaten World Lightweight Champion Mikey Garcia by an easy 12 round decision in the first ever PBC-Fox TV Pay Per View. The Spence-Porter fight was also a PPV from Fox and it was expected that Spence was to fight contender Danny Garcia on PPV, as well, in January.