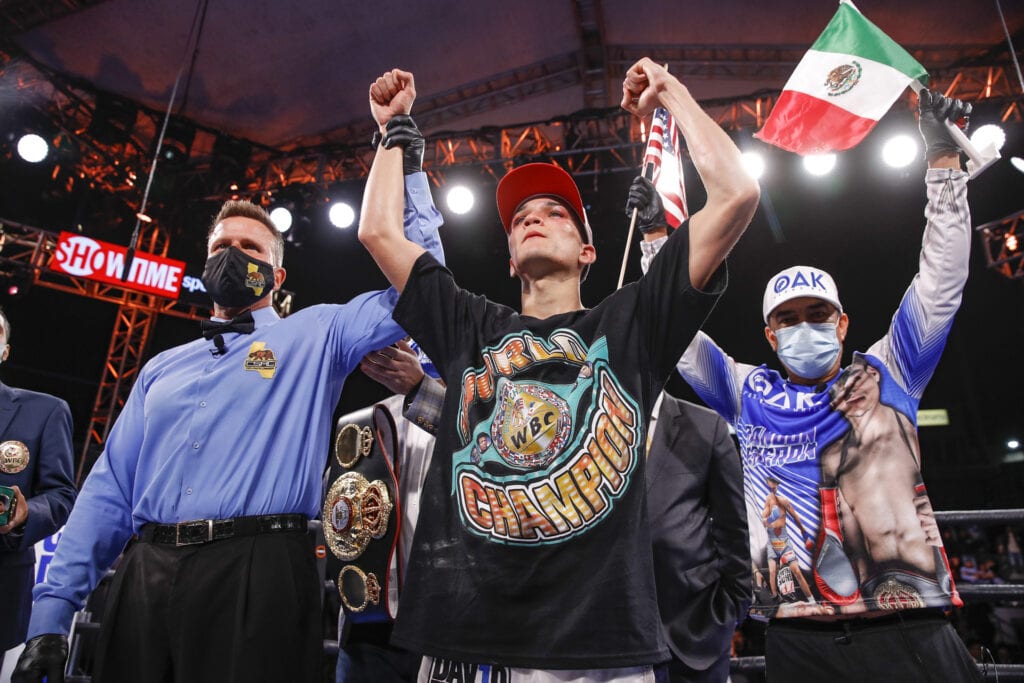 Figueroa and Fulton were originally scheduled to face each other on Saturday, September 18, before the fight was pushed back due to a positive COVID-19 test for Figueroa. Interestingly ironic as Fulton leading up to his fight with Angelo Leo had to withdraw as he had the same COVID issue last year.

Previously purchased tickets will be honored for the rescheduled date with no action needed. Should the guest not be able to attend, a refund for the tickets can be requested through October 17, 2021. Once the refund window is closed, all sales are final.

We discussed the postponement and the re-schedule of Fulton-Figueroa on the latest Big Fight Weekend podcast. Hear more by clicking below,

Figueroa (22-0-1,17 KOs) captured the WBC strap at 122 pounds by stopping Luis Nery in the seventh round with a wicked left to the body at the Dignity Health Sports Park in Carson, California. Fulton (19-0, 8 KOs) was in action capturing the WBO title from Angelo Leo back in January in the “fightsphere” setup.

The fight card remains unchanged from the time it was to take place this weekend from September 18. The only difference now is we will see how Figueroa looks coming off the effects of COVID as it has been shown to have like the virus varying degrees of effect on these fighters.