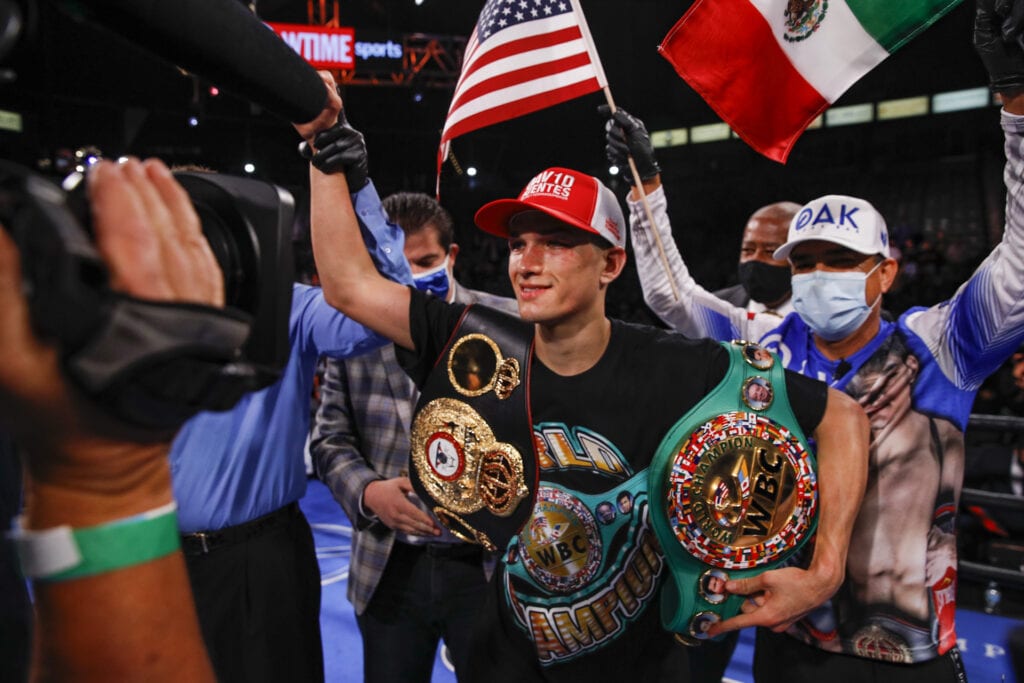 Yet another prominent fight has come off the schedule shortly before it was to have happened due to Covid 19. This after a report on Tuesday night that unbeaten, Californian WBA/WBC champ Brandon Figueroa is positive for the Coronavirus and his September 18th World Super Bantamweight Unification fight with WBO champ, Stephen Fulton, is off.

Boxing insider Dan Rafael was first to tweet the info he had learned about the postponement, scuttling the Showtime Boxing main event for 11 days from now.

Per sources, the Sept. 18 Showtime card topped by #FigueroaFulton 122 unification fight has been postponed due to Figueroa testing positive for Covid. New date not set. #boxing

The popular Figueroa, 22-0-1 set the Fulton matchup into motion back in May, as he captured the WBC strap at 122 pounds by stopping Luis Nery in the seventh round with a wicked left to the body at the Dignity Health Sports Park in Carson, California. This added to his WBA “regular” title that he already owns.

As for Fulton, the Philly native captured the WBO title and improved to 19-0 with 8 KOs, by scoring a unanimous 12 round decision over previously unbeaten Angelo Leo in January. Fulton was particularly sharp and only lost a couple of rounds total on the judges cards. This included one stretch in the middle rounds, where Fulton was averaging 35 or more landed power punches per round.

Showtime previously announced the Fulton-Figueroa headlining bout for September 11th without naming a location. However, that was to have been the night Hall of Famer Oscar De La Hoya making his ring return after a decade layoff fighting former MMA star Vitor Belfort in Los Angeles.

Then, wait for it…., De La Hoya got Covid 19 and had to withdraw. Now, former Undisputed Heavyweight Champ Evander Holyfield is taking his place fighting former UFC champ, Vitor Belfort on PPV this Saturday night.

Figueroa joins De La Hoya and a long list of fighters like Teofimo Lopez, Tyson Fury, David Benavidez and Conor Benn that all sabotaged their own main event fights by not taking precautions with themselves and their camps, and testing positive for Covid 19.

We will wait for official word on whether Showtime will look for a quick replacement opponent to fight Fulton or delay Figueroa-Fulton by a month or two and reschedule?