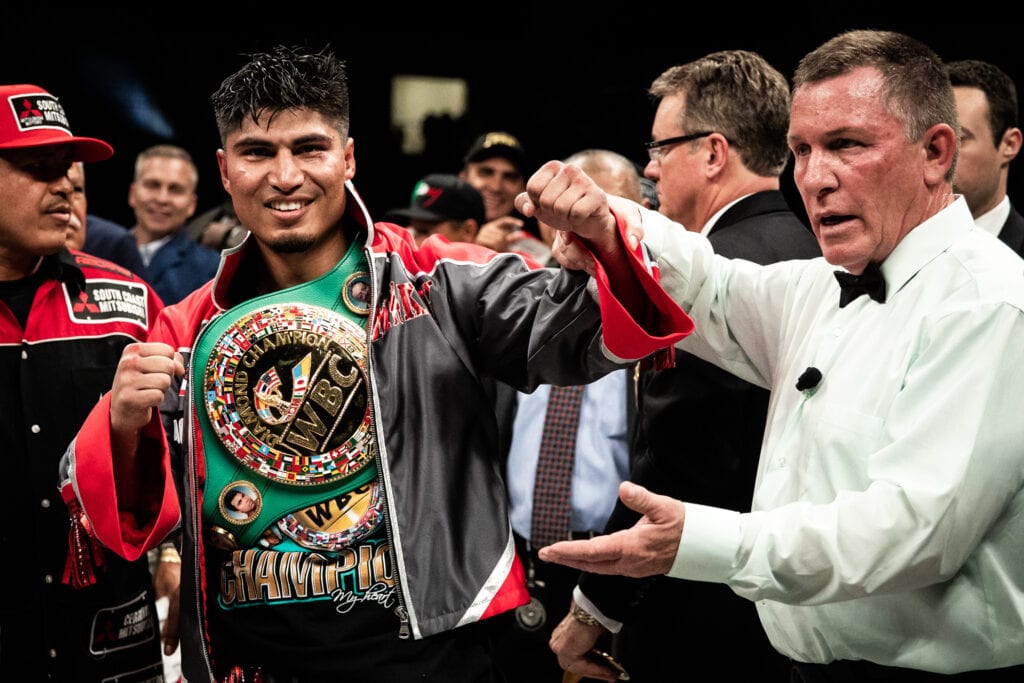 Report – Who Asked For Mikey Garcia In Fresno?

Remember that time you wanted to see four-division champion Mikey Garcia take on Sandor Martin in October in beautiful Fresno, California on DAZN?

Well, that is the report that Mike Coppinger of ESPN is rolling with as Garcia will take on Martin at a catchweight of 145 pounds, as opposed to the normal welterweight (147) he has been campaigning at recently. The fight date is slated to be October 16 on the streaming service DAZN most likely in Fresno, California

Fresno native Michael Rueda of Vegas Sports Daily will be there for this but who asked for Mikey Garcia in Fresno?

Hmmm I mean I’ll go to it no doubt let me get my credentials https://t.co/1Cg0f0jpLp

Coppinger’s report stated that the location is to drew sizable crowds and mentioned Jose Ramirez’s fights at the Save Mart Arena as examples. Other acceptable answers would’ve been Chukchansi Park as well. That being said, the fight hasn’t been made official yet but Garcia was last seen in the ring taking on Jessie Vargas before the pandemic broke in 2020. Since that time, he was in the running for a Manny Pacquiao fight that never came thru and recently was in talks to take on former 140 lb champion Regis Prograis. That fight would’ve been at a catchweight like this one against Martin but also fell thru as well. Instead, Garcia will take on Martin (38-2, 13 KOs) who was last in action in April winning a unanimous decision. against Kay Prospere. Martin would be moving up in for the catchweight and more than likely be a huge underdog for this contest.

This Mikey Garcia-Sandor Martin contest looks bad on paper because Martin hasn’t faced anywhere close to the level of opposition that Garcia has and when you float names like Pacquiao, Prograis to now Sandor Martin, one of these things is not like the other.  The matchup reinforces a lighter focus on US market-based content by DAZN chairman Kevin Mayer.

“I don’t think it would be smart for DAZN to have a real focus on the U.S. It’s an ultra-competitive market. We’re going to take a pretty light approach to the U.S., that’s not part of our core strategy,” Mayer said in an interview to Deadline this week.

Boxing in October is looking to heat up in the month of October, hopefully so will better matchups on DAZN than this one being mentioned.