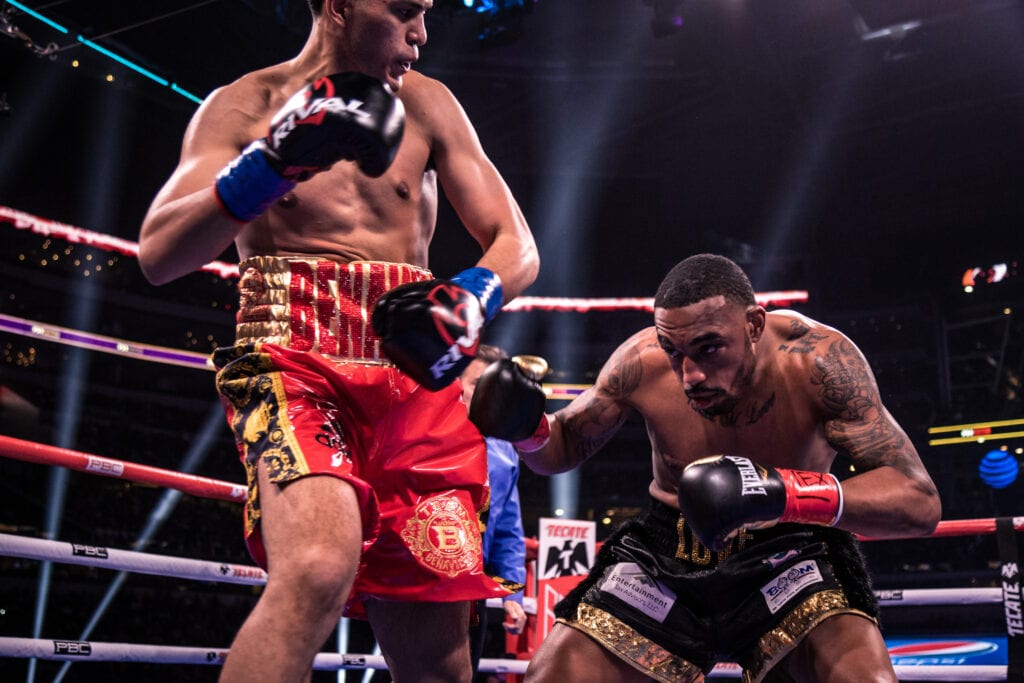 The path for David Benavidez to become two-time WBC Super Middleweight champion is back on course as of today. In a press conference today, World Boxing Council President Mauricio Sulaiman ordered current champ Anthony Dirrell to fight Benavidez with the winner of this bout to take on Avni Yildirim.

Benavidez (21-0, 10 KOs) was originally the champion of the WBC title but was stripped of it last September for testing positive for cocaine in a random drug test. Him being stripped of the belt made it vacant which was won by Anthony Dirrell in February. The bout, however, left a ruling to be desired as it was stopped due to headbutt in which Dirrell had outpointed challenger Anvi Yildirim when the match was stopped.

In the same press conference, Sulaiman stated that he Yildirim would face an opponent as well on the same fight card later to be announced.

Sulaiman said at the press conference, “I am very proud of these three fighters. Dirrell is a two time WBC champion who has overcome adversity and defeated cancer, Benavidez is a young man who has come back from the evils of recreational drugs and has found a path for a new life and Yildirim is a national hero hoping to become the first world champion from Turkey, who has dedicated his life with sacrifice and passion to make his dream come true” .

“This is what boxing is all about, the best fighting the best and I applaud the three sides for working together in this process” Sulaiman added.

Benavidez had gotten this opportunity to earn his title back from Dirrell as he made short work of J’Leon Love in a two round match on the Spence-Garcia card on March 16th where he stopped Love. The decision of this round-robin on all sides seems to work on all sides as it will give Dirrell the chance to run thru the best of the division to retain, an amount of justice for Yildirim to get a shot pending if he beats his opponent and giving Benavidez a chance to recapture what was originally his before being popped with cocaine.

So whose is this Tom Schwarz that Tyson Fury is facing?
Wilder, Fury rematch will “definitely happen”
Advertisement
To Top