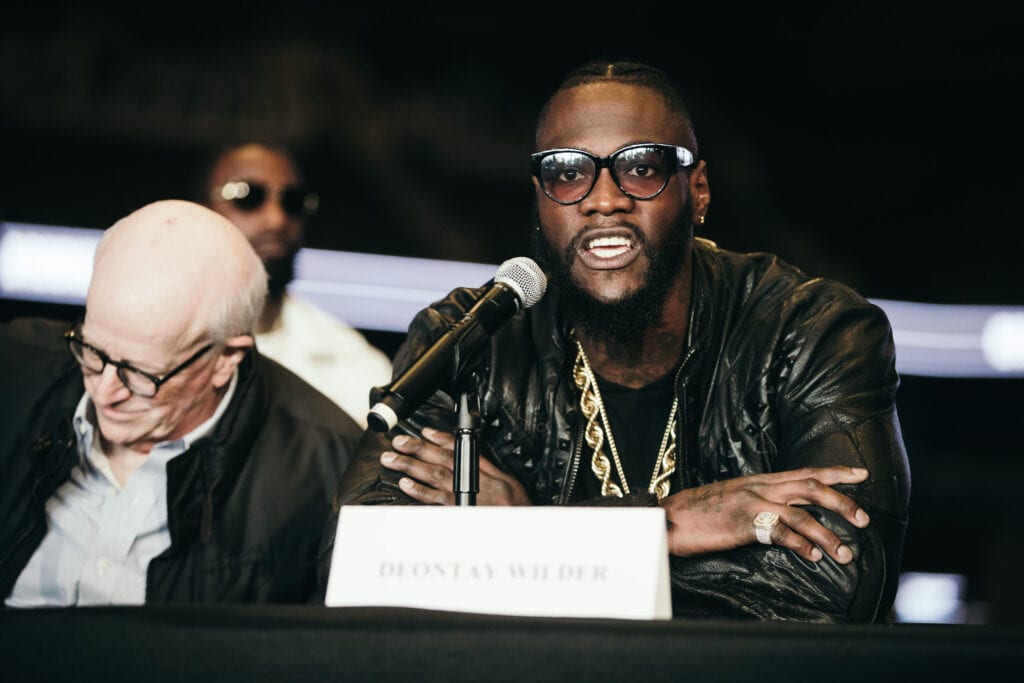 If there is any light at the end of the tunnel for any of this, is at least the camps of Deontay Wilder and Tyson Fury are at least talking. The two heavyweights at least from Wilder’s side of the fence are at least in talks for a chance at a possible rematch sometime in 2020.

In a report to TMZ Sports, Wilder went on to say that, “I think that’s something that is definitely gonna happen, but it’s gonna take a little time now.” He was in L.A. to support his fiance Telli Swift’s clothing brand Imperium.

Wilder (40-0-1, 39 KOs) in the meantime has to take on WBC mandatory challenger Dominic Brezeale (20-1,18 KOs) on May 18th at the Barclays Center in Brooklyn, New York. Wilder’s statement also comes off the heels in which over the weekend Top Rank promoter Bob Arum echoed the same sentiments in announcing Tyson Fury’s fight debut for the promotion.

Wilder also stated, “all parties are in conversation” … and advises fans, “Good things come to those who wait.”

Of course, Wilder couldn’t resist getting another jab in at Fury stating to TMZ, “Fury didn’t want the rematch and I don’t blame him. To be getting up off your ass like he did and to get a concussion, I wouldn’t want to go again either!”

So while we all wait for a follow up to their heavyweight clash that resulted in a draw last December, we’ll have to settle for these fights instead until both sides can come together.

Somewhere down the line, these two sides will run out of things to say outside of the ring and on social media and get back into the ring, where we all will be waiting.