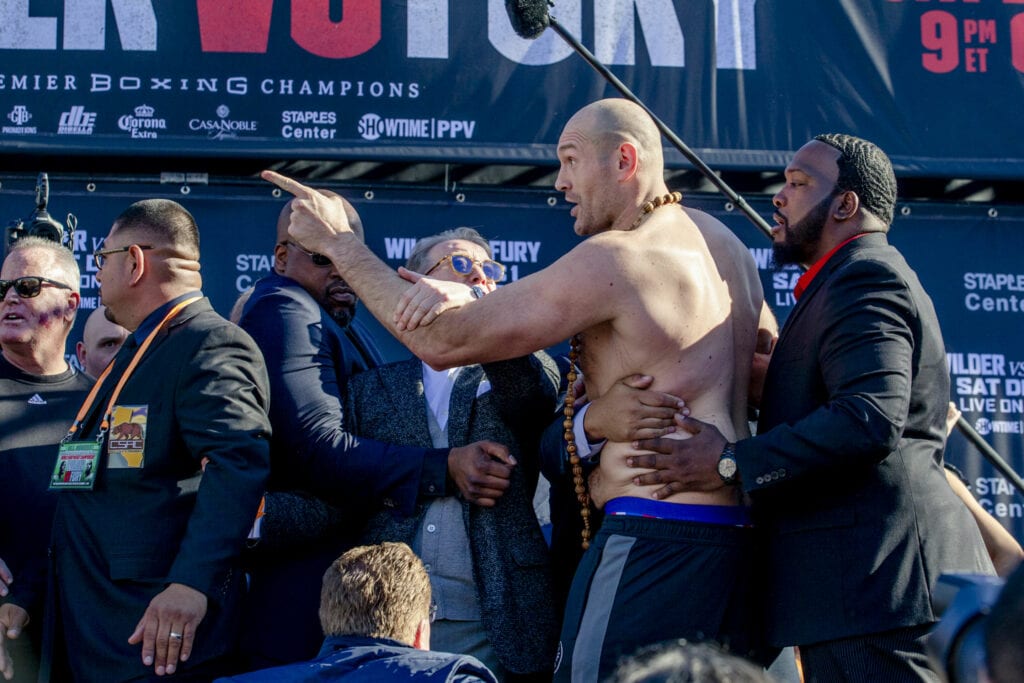 So whose is this Tom Schwarz that Tyson Fury is facing?

When the news broke out yesterday afternoon that lineal champion Tyson Fury was going to set back into the ring on June 15 against Tom Schwarz, a lot of questions arose. The biggest question out of all them across social media platforms was “Who is Tom Schwarz?” The German fighter who has amassed a 24-0 record while being not a household name like an Anthony Joshua or a Dillian Whyte is a fight with that I believe isn’t necessarily the “tune-up fight” or look ahead fight on paper as it seems for Fury.

While the boxing community waits around for the delayed rematch of Tyson Fury vs Denotay Wilder, the current opponent facing Fury is the No. 2 WBO Heavyweight contender behind Whyte, per Boxingscene.com. Also, the 24-year-old fighter has moved up the ranks and has along the way delivered 16 knockouts in those 24 wins, so he has the power to send someone to the mat. While he hasn’t fought anyone outside of his native Germany except for a few bouts in Prague,  he should be someone in the States here that should have more recognition.

Every #boxing fan running to YouTube, punches in 'Tom Schwarz'

From what I’ve seen in regards of Schwarz, I can say that the one thing that stands out is he has a very good right and has the ability to put you away when you are in the corner. That was made evident in the clips I’ve noticed on Youtube as well as in his last fight against Kristijan Krstacic earlier this month. Another thing I noticed about him is that if this was a “tomato can” fight for Fury while we all wait on the much-anticipated rematch with Wilder, he picked a fight against a guy with surprising better footwork.

The glaring question that he has an up and coming prospect is that do we think he has the ability to hang to Fury and can make solid contact on him.

While this may not have the glamour or even the hype as we expected for Fury’s Top Rank debut, it won’t be a complete cake walk and will tide us fans over until the next one.

Report- Tyson Fury debut for Top Rank set
Dirrell ordered by WBC to face Benavidez
Advertisement
To Top
We use cookies to ensure that we give you the best experience on our website. If you continue to use this site we will assume that you are happy with it.Ok