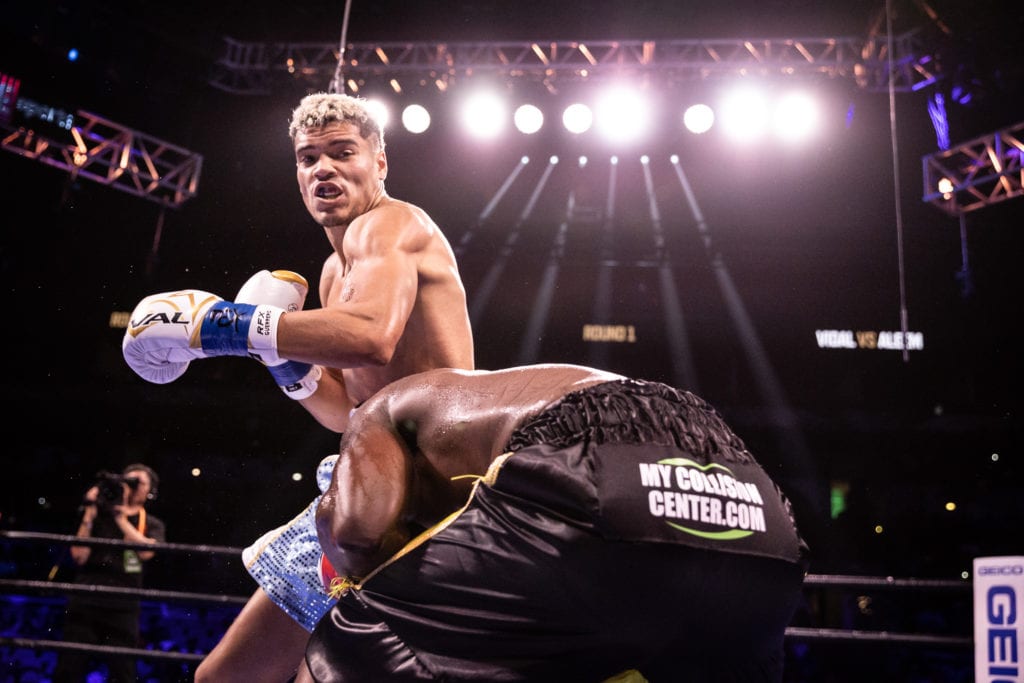 Amilcar Vidal Gets Nod Over Aleem

The Showtime triple header Saturday night kicked things off right, as Immanuwel Aleem and Amilcar Vidal decided to trade bombs over ten rounds. The result being Vidal winning by majority decision after ten rounds from the AT&T Center in San Antonio, Texas.

This was the opener to the Junior Middleweight Undisputed contest to Jermell Charlo and Brian Castano.

The undefeated Vidal came into this fight against a huge step-up against Aleem and he got a great learning experience, as the heavy-handed Vidal had to adjust to the movement and boxing displayed by Aleem. The result was a contest that had both exchanges and a lot of inside action over ten rounds.

What was noticed during the entire fight, but it looks like that it didn’t show in the eyes of the judge, was the bodywork established by Aleem over the course of the fight. What the judges saw, which made have swayed them, was the left of Vidal, which, when landed, was heard audibly throughout the fight.

But before we got to the scorecards, the action in the ring was great as both were exchanging bombs throughout. It didn’t start that way as a feel-out first round was greeted with a smattering of boos to close out the opening round. Those boos went away real quick as the action heated up in the second, and from there was a slugfest.

As the fight grew on, Aleem looked to be getting the better of Vidal by keeping his distance and for his extensive bodywork. So much so that it felt that once the fight was over, he was the victor. That, however, wasn’t the case as Vidal moves to 13-0.