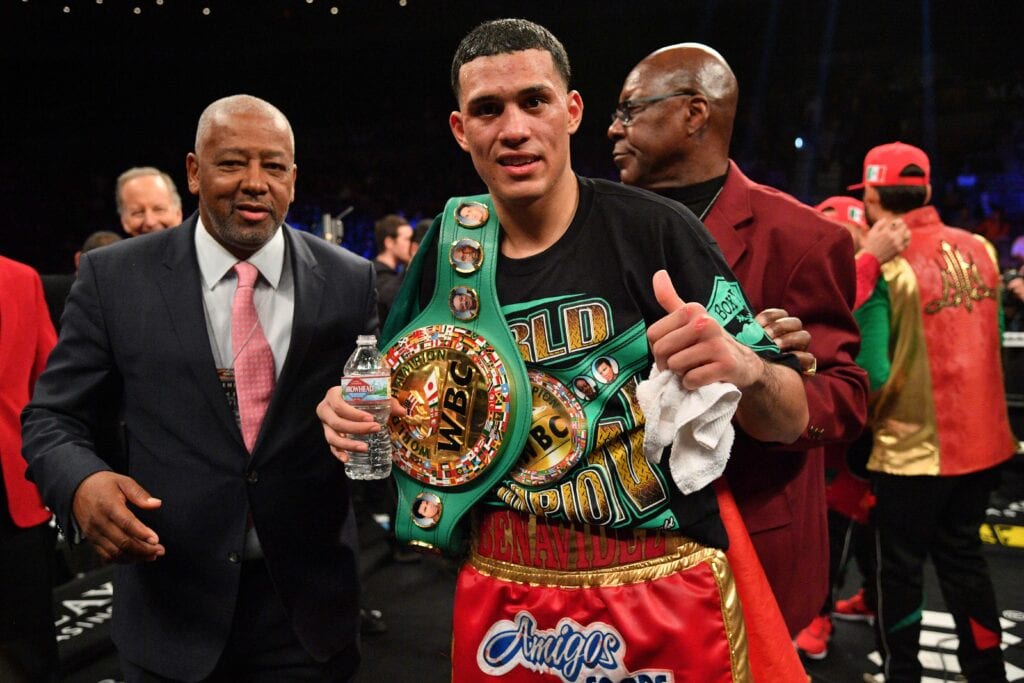 The 1st FOX and Premier Boxing Champions pay-per-view takes place next month, pitting top pound-for-pound fighters Errol Spence Jr and Mikey Garcia against each other at Cowboys Stadium. We’ve now learned what the televised under card will look like for that March 16 clash.

The co-feature will put unbeaten David Benavidez against J’Leon Love in a ten-round super middleweight bout. Benavidez (20-0, 17 KOs) is returning from being stripped of the WBC title at 168 pounds after testing positive for cocaine late last year. The 22-year-old is one of the sport’s most promising stars and was the youngest American champion before he was stripped of the belt. Benavidez will hope to get a crack hopefully at Anthony Dirrell, who beat Avni Yildirim,last Saturday in a controversial decision for the title left vacant by Benavidez. Love (24-2-1, 13 KOs), is looking to rebound after coming off a horrible loss to Peter Quillin.

Also on the card will be the PBC debut of bantamweight Luis Nery. Nery will square off against McJoe Arroyo in an enticing 10-round bout. Nery (28-0, 22 KOs) signed with the PBC in late January, through Mexican promoter Zanfer Promotions.

The unbeaten fighter dethroned long-reigning 118-pound champion Shinsuke Yamanaka in 2017 before testing positive for trace amounts of Zilaterol. The 24-year-old earned a rematch last year with Yamanaka but showed up three pounds overweight. His most recent win came in December against unheralded Renson Robles in five rounds.

Arroyo (18-2, 8 KOs) lost back-to-back fights in 2016 and 2017 to Jerwin Ancajas and Rau’shee Warren. both aim who hopes to earn a ahot at newly crowned WBC bantamweight champion Nordine Oubaali, who defeated Rau’shee Warren for the vacant title on the Pacquiao-Broner undercard.

Opening the PPV portion of the March 16 telecast will be heavyweight Chris Arreola against Jean Pierre Augustin. Arreola (37-5, 32 KOs) is looking to pick up his second win in a row after beating Maurenzo Smith on the Wilder-Fury undercard back in December. Augustin (17-0-1, 12 KOs) is a, Louisville, Ky. area heavyweight who hasn’t fought in 14 months when he beaten Humberto Soto in December 2017.

Shields, Hammer unification fight set for April
Lomachenko to battle Crolla in LA
Advertisement
To Top
We use cookies to ensure that we give you the best experience on our website. If you continue to use this site we will assume that you are happy with it.Ok