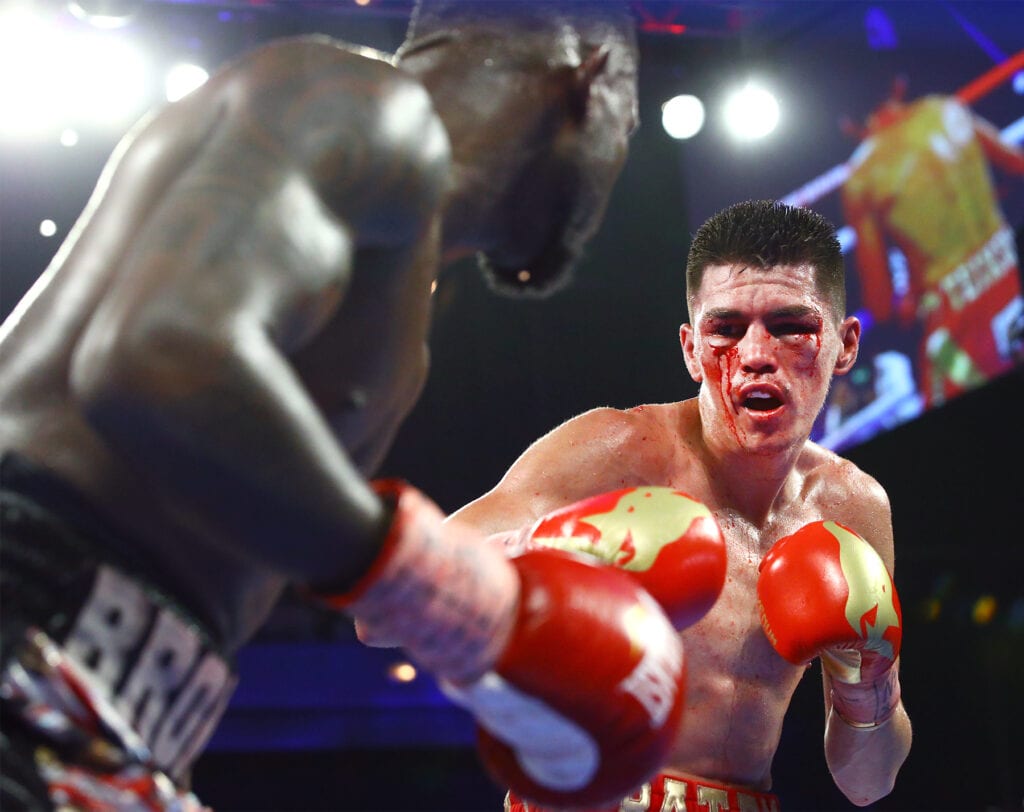 What was easily the best fight of this past weekend was the all-out slugfest that saw Patrick Teixeira win in an upset decision over Carlos Adames Saturday night in Las Vegas. This bout was the main event on the undercard stream leading into the main event of Oscar Valdez taking on Adam Lopez on ESPN+.

The final judge’s scorecards showed a close one with scores of 116-111 and 114-113 2x. Two out of the three had Teixeira winning the 12th and final round, which was the key in this back in forth contest.

It started as an absolute brawl as Adames was able to get inside and land shots on Teixeira as he was keeping his distance early on but was ineffective from preventing Adames from charging in. The created for Teixeira cuts forming over his eyes that would only get worse as the fight continued.

That punishment, however, didn’t matter as while Adames was winning the first half of the fight pretty handily, the second half of it was all Teixeira . Especially in the eighth round, where Adames was knocked down for the first time in his career, barely beating the ten count but looked out for lunch. Referee Robert Byrd gave a lookover but let it continue, but thankfully, Adames was saved by the bell as the go-ahead had signs of a repeat of what happened to Jorge Cota when he faced Jermall Charlo earlier in the year.

From the knockdown, however, the contest was in control by Teixeira, who was able to apply his fight plan to wear down the visibly tired Adames in the championship rounds.

“I felt like I needed to win the last round. It was a close fight. Every point was crucial, and I won the final round to win the fight,” Teixeira said after the fight. “It was tough with the cuts, but I was able to get through it because of my experience. It was a little harder, but my corner did an excellent job on the cuts.”

Teixeira winning the interim WBO Jr. Middleweight belt means that the straps don’t leave the building of Golden Boy Promotions as current belt holder Jaime Munguia is expected to announce him vacating it sometime this week as he makes the jump to 160 pounds. With Munguia vacating, Teixeira will be promoted from interim to actual champion status.

Frampton cruises past McCreary
Joshua regains against Ruiz in rematch
Advertisement
To Top
We use cookies to ensure that we give you the best experience on our website. If you continue to use this site we will assume that you are happy with it.OkPrivacy policy