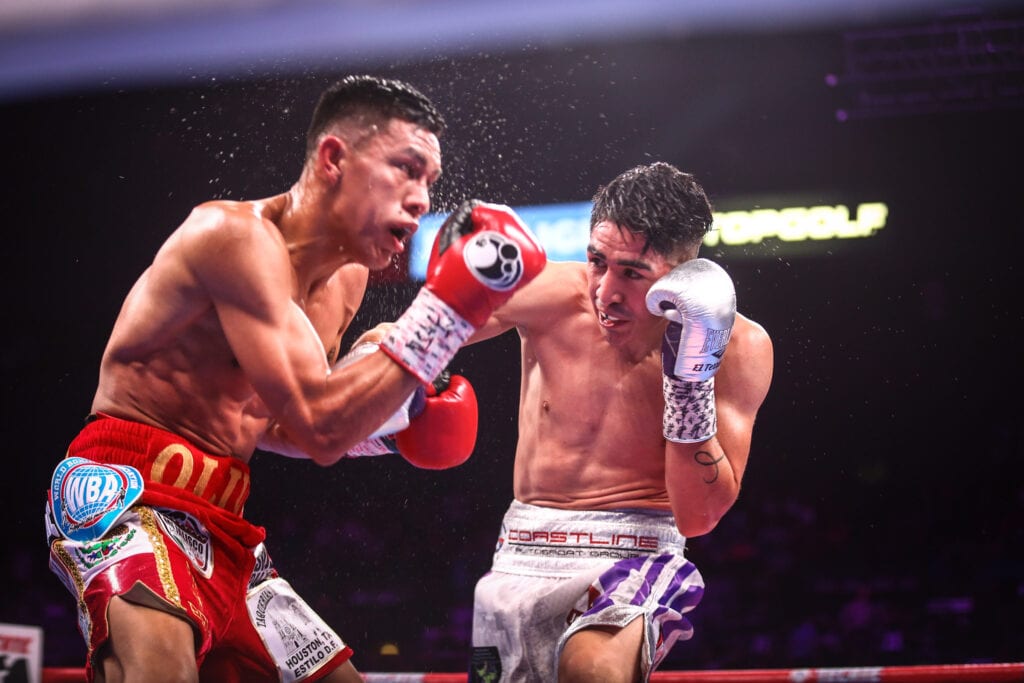 In the co-main event in Las Vegas, Saturday night, Leo Santa Cruz, in his debut at 130 pounds, becomes champion, defeating Miguel Flores by unanimous decision. Still, it wasn’t as wide as expected.

Santa Cruz came into the contest as a 40-1 favorite over Flores but was able to hang in for all twelve rounds of the fight despite being a huge underdog.

The final judge’s scorecards were Tim Cheatham (115-112), Glenn Feldman (117-110), and Julie Lederman (117-110) – all scored their fight for Santa Cruz. This was a delayed fight that initially was supposed to take place back in February. However, Flores suffered an ankle injury and had to withdraw.

This felt like standard operating procedure for Santa Cruz, as he was landing more powerful shots throughout the bout.

While Flores was game for the fight, the only real trouble Santa Cruz had in this fight was an accidental head clash in the 10th round that caused a bad cut above the left eye of Santa Cruz.

Going into the fight, I wrote how Santa Cruz was going to keep the same volume of punches he had before the weight jump and in this bout proved to be a different story. Dan Canobbio of Compubox had the stat that Santa Cruz throws an average of 86 punches per round typically. However, in this latest effort against Flores, he only averaged 76.

Coming into the fight Santa Cruz was averaging 29 landed/86 per round.

Not sure if it was a concerted effort or going up in weight but this wasn’t the same Santa Cruz.

Santa Cruz wins in this fight the vacant WBA “super” belt that was previously held by Gervonta Davis, who vacated it as he moved up in weight to 135. After the contest in the ring, Santa Cruz was asked about a possible opponent he wanted to face next and mentioned he would like to fight Gary Russell Jr. in the future.

Russell went as far as approaching Santa Cruz’s dad to get his attention back in September for a match. We’ll see if this will finally get these two in the ring to settle their differences.