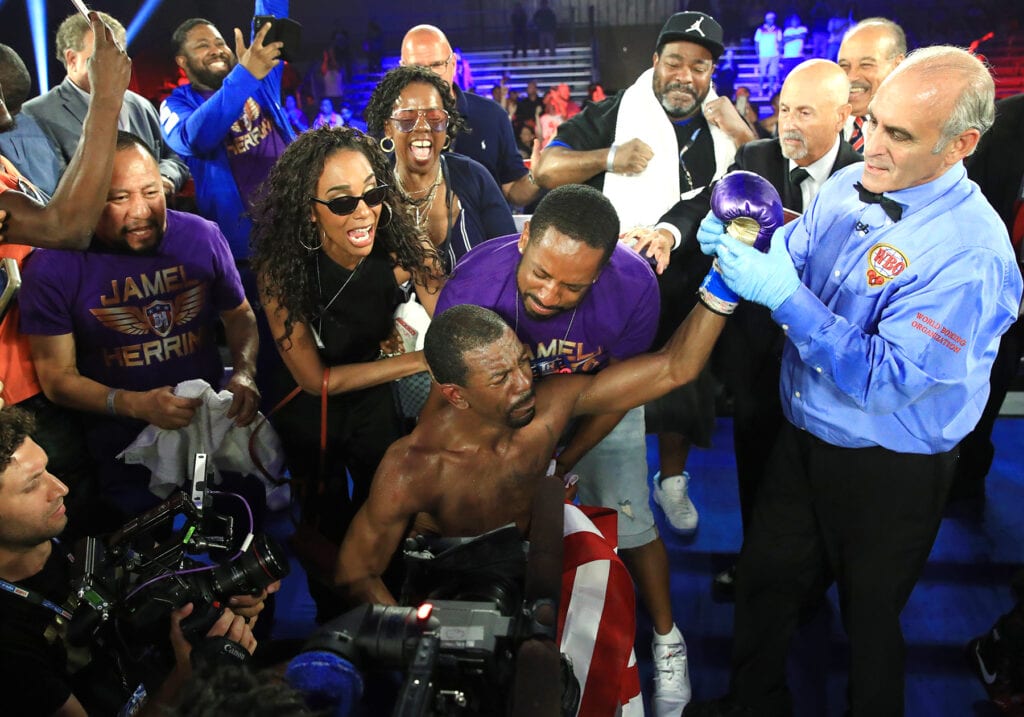 Jamel “Semper Fi” Herring came in the underdog to WBO Jr. Lightweight champion Masayuki “The Judge” Ito and at the end of the night in front of a rabid crowd at Osceola Heritage Park in Kissimmee, Florida, walked out the new champion by unanimous decision.

The sold-out show of 2,912 at Osceola Heritage Park which had a host of active and reserve U.S. Marines were on hand to saw Herring put on a hard-fought battle which had Herring for a majority of the fight catching Ito off balance against the southpaw

The key for this fight and what I feel gotten Herring the victory was his ability to keep Ito at a distance, and when he tried to come in was out of range and was immediately greeted with a counter shot throughout the match.

“I want to dedicate this fight to my daughter, Ariyanah, who passed away from SIDs. Tonight would have been her 10th birthday, and I dedicate this title to her,” said Herring after the fight. “Ito was a tough competitor, but I always believed I could win a world title. This is a dream come true, and to do this on Memorial Day weekend makes it even sweeter.”

Top Rank chairman Bob Arum chimed in: “When we signed Jamel, a lot of people had their doubts, but he showed the heart of a world champion. He’s a true Marine and an American hero. We are so proud of what this young man has accomplished.”

After the fight, Herring stuck to what he has been saying and that he wants WBC super featherweight Miguel Berchelt. Berchelt was on hand to meet him in the ring post-fight, so expect this unification bout to take place in the near future.

Until then, Herring on this night finished up the story of a lifetime as a former Marine, winning on Memorial Day weekend and in honor of his daughter who passed away.

Let me get started on the script before someone else does.