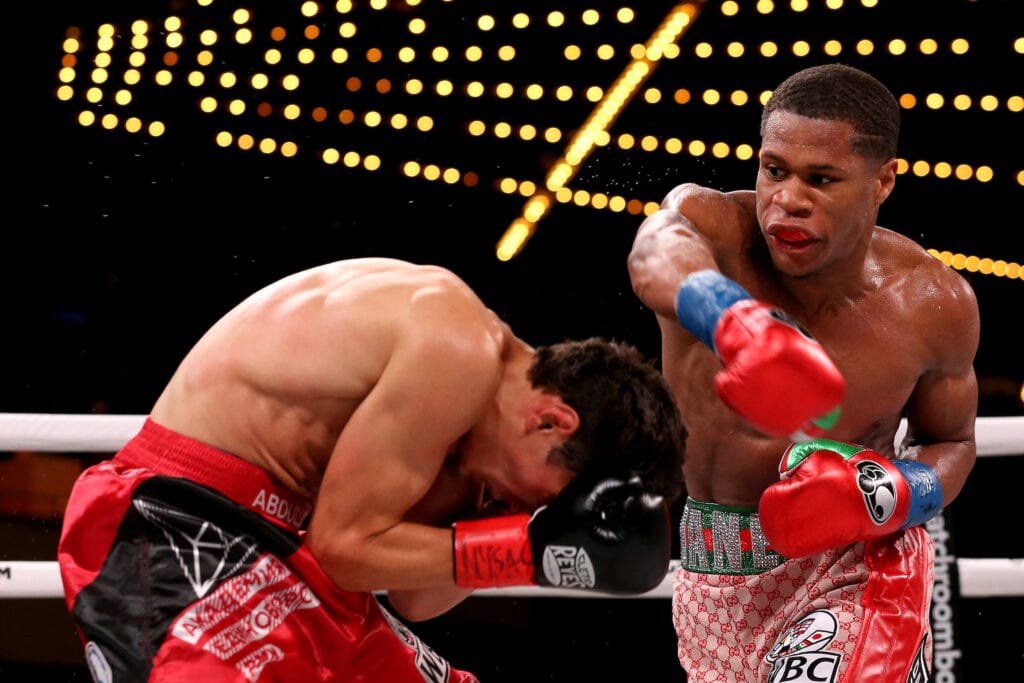 It took only four rounds at The Hulu in Madison Square Garden, but Devin Haney is victorious against Zaur Abdullaev.

The main event from New York City seen on the streaming service DAZN ended as fast as it started and that was to the benefit of Abdullaev as he was on the wrong end of this one-sided contest. From the onset, Haney established the jab and applied it to the face of Abdullev often.

This jab opened up everything else in Haney’s arsenal, who began to follow that up with body shots and combinations until Abdullaev’s corner decided after the end of the fourth round to end the bout.

“I was hitting him with the jab all night,” Haney said after the fight.

When asked about how long in the ring it took for Haney to figure out Abdullev, Haney replied, “Instantly. I don’t do too much studying cause I’m able to make adjustments inside the ring.I’m very fast. That’s one thing me and my dad have been working on. It’s situational boxing.

With the victory, Haney is now the WBC Interim Champion which puts him a situation to challenge for the title currently held by Vasily Lomachenko. If you were looking for an immediate title shot between the two, it’s going to be down the line at a much later date.

Haney, when asked about a potential match down the line, acknowledged as much and called him “No-machenko, cause he doesn’t want to fight me.”

Lomachenko is slated to face the winner of the Richard Commey and Teofemo Lopez bout in December. Lomachenko also has hinted that he would move weight classes if he were able to unify the belts at the Lightweight division.

As for tonight, Haney was pleased with what he did tonight to close out the Garden.