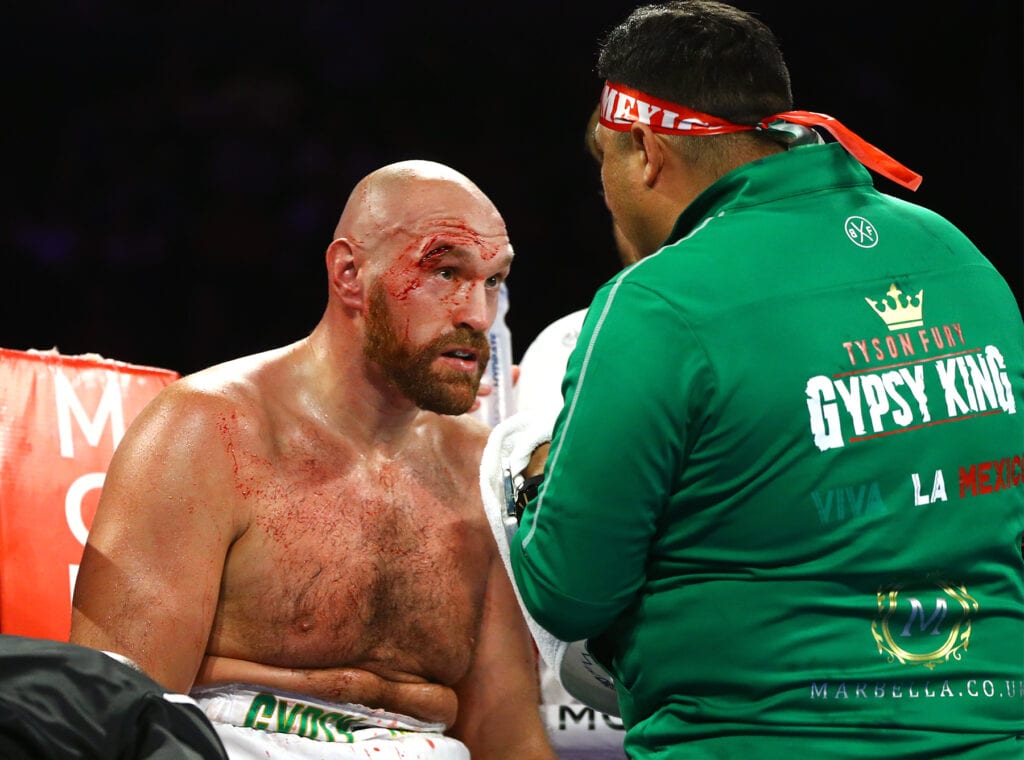 Fury hangs on and survives Wallin in Las Vegas

Lineal champion Tyson Fury was all fun and games leading into the ring of the T-Mobile Arena in Las Vegas, Nevada. That mood all changed once the bell rang against a game Otto Wallin and a solid scrap broke out.

After a Heavyweight Battle for the ages, the Gypsy King wins by Unanimous Decision!! pic.twitter.com/IaBo7K5JNq

Opening rounds of the contest showed that this was going to be a different and harder matchup for Fury than what he had against Schwarz as Wallin was able to get inside of Fury and land some sharp shots on the Gypsy King. The moment this changed was in the third round when Wallin landed a left above the right eye of Fury which caused a very nasty cut. As the contest grew on, there were moments that the wound was going to stop the fight legitimately.

Fury’s corner fought the cut came from an accidental head butt as what referee Tony Weeks told them. It wasn’t until during an in-fight interview that Benardo Osuna had with Fury’s trainer Ben johnson advising him that the  Nevada State Athletic Commission said the cut was caused by a punch that it shifted the focus of the match.

It’s a left hand by Wallin that opens a massive gash over Fury’s right eye in the 3rd #FuryWallin pic.twitter.com/0U6TctOy3M

Fury was rubbing at the eye, and it was bleeding badly. The cut opened up even more. Fury began to throw with a lot more urgency as the match could’ve been stopped.  Wallin sensed this and near the end of the sixth round rubbed at it, making the cut worse which the referee didn’t catch.

By the end of the seventh round, Fury became the aggressor, and while Wallin was game throughout all twelve rounds, Fury was able to box and land a series of shots to the body and head that began to slow down Wallin, who only had logged one no contest round of ring action in 2019.

The final rounds showed Fury’s ability to not only gain a second wind and turn it on late but an ability to overcome a cut that seriously could’ve ended the fight early on. Wallin for his efforts was able to land 127 punches on Fury which was the most by any opponent tracked by Compubox. (Wilder landed 71, Klitschko landed 52)

From here, we all hope this leads to the rematch with Deontay Wilder. So much so that the broadcast hinted they grew tired of “these types of fights” for Fury, and Fury called out Wilder again in his post-fight speech. One thing is sure that the eye is going to need some time off to heal.