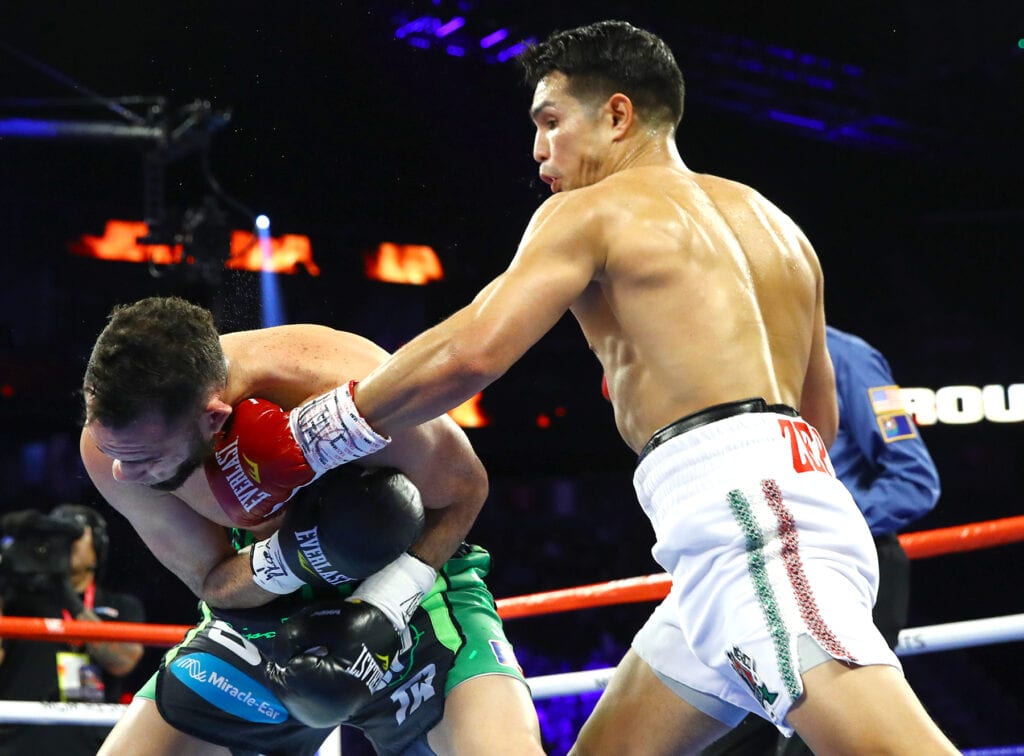 Southpaw Jose “Chon” Zepeda boxed his way back into the title conversations as he tallied an impressive 10-round, unanimous-decision victory against former two-division champ Jose Pedraza in a junior welterweight fight on the Tyson Fury-Otto Wallin undercard at T-Mobile Arena in Las Vegas.

Zepeda got off to a strong start and often made Pedraza wasn’t able to return fire for most of the fight which had him for spells of it inactive. Zepeda, as the match grew on, continued his attack with lefts that caused significant swelling underneath Pedraza’s right eye that worsened during as time grew on.

All three judges scored the bout 97-93 in favor of Zepeda who spoils the 140-pound debut of “Sniper” Pedraza.

.@ChonZepeda gets the W for ?? on Mexican Independence Day Weekend!! pic.twitter.com/JQlTbe8wnH

“It’s probably one of the best days of my life. It’s Mexican Independence Day. I was giving everything for Mexico,” Zepeda said after the fight. “I guess persistence {was the key to victory}. The people here were giving me excitement to go get him, to go after this guy. We knew that he was a hell of a boxer. Thank God I’m the third one that beat him. The other two were elite fighters. I’m happy for that.

For Zepeda (31-2, 25 KOs, 1 NC, this win would get him closer to a chance again back at current 140-pound titlist Jose Ramirez, who he faced and lost to back in February in a close contest.

For Pedraza (26-3, 13 KOs) he gets to add Zepeda to the list of Gervonta Davis and Vasily Lomachenko of southpaws he has suffered his only losses too. He’ll look to regroup after this contest.

Said Pedraza after the fight: “It was a very good fight. He looked very well, and I just couldn’t do any of the things I wanted to do. Nothing came out the way I wanted. The instruction from my corner was to throw more punches, but nothing was going my way.