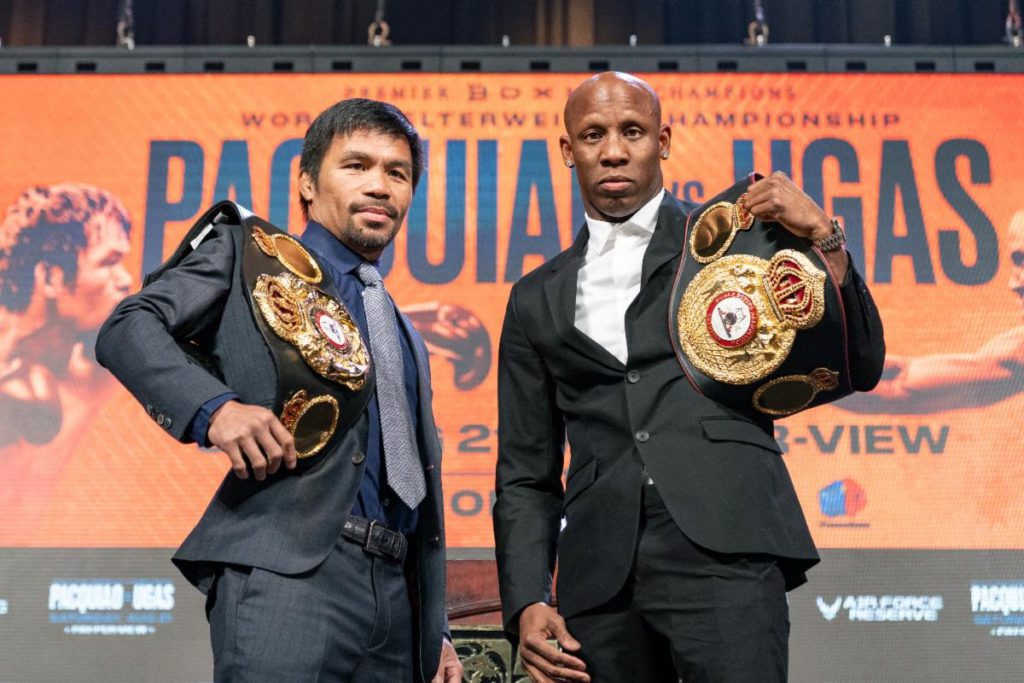 Manny Pacquiao was caught by “father time,” as he was defeated by Yordenis Ugas by a unanimous decision to retain his WBA “Super” welterweight title at the T-Mobile Arena in Las Vegas, Nevada.

Pacquiao spent the first few rounds trying to establish the jab against Ugas, which he was landing early on in the fight. Pacquiao also had a hard time letting his hands go in the onset making it for very close rounds in the beginning.

Ugas, now 27-4, was warned for a low blow by referee Russell Mora in the fourth round and in the same close round Ugas was ruled down from a slip. A very close round, which also saw a cut over the eye of Pacquiao as both men went to their respective corners. One thing was certain: the two-year layoff for Pacquiao in the first half of the fight was apparent, as well as a man 42 years old in the ring.

What made this such a close fight was what Ugas lacked in volume, he made up for accuracy peppering Pacquiao, now 62-8-2, with the jabs and right hands often in this fight. As the fight grew on, Pacquiao was able to find his range, but was it felt that Ugas was winning the fight late with cleaner punches.  The biggest takeaway was that 86% of the fight was fought at a distance was a graphic that was posted during the tenth round of the fight. The contest became a tactical one and one that was favoring the style of Ugas.

Pacquiao definitely in the last few rounds in this fight looked like a man who may have seen his final action in the ring. Ugas continued to keep the fight at a distance and with a lot of swing rounds in this fight. The judges ultimately sided with the work of Ugas.

Ugas was clearly the better and more accurate fighter in the 12th round to seal the victory.

With the win, Ugas will now become what many feel will be the trivia question: who was the last man to face Manny Pacquiao in the ring in boxing history?