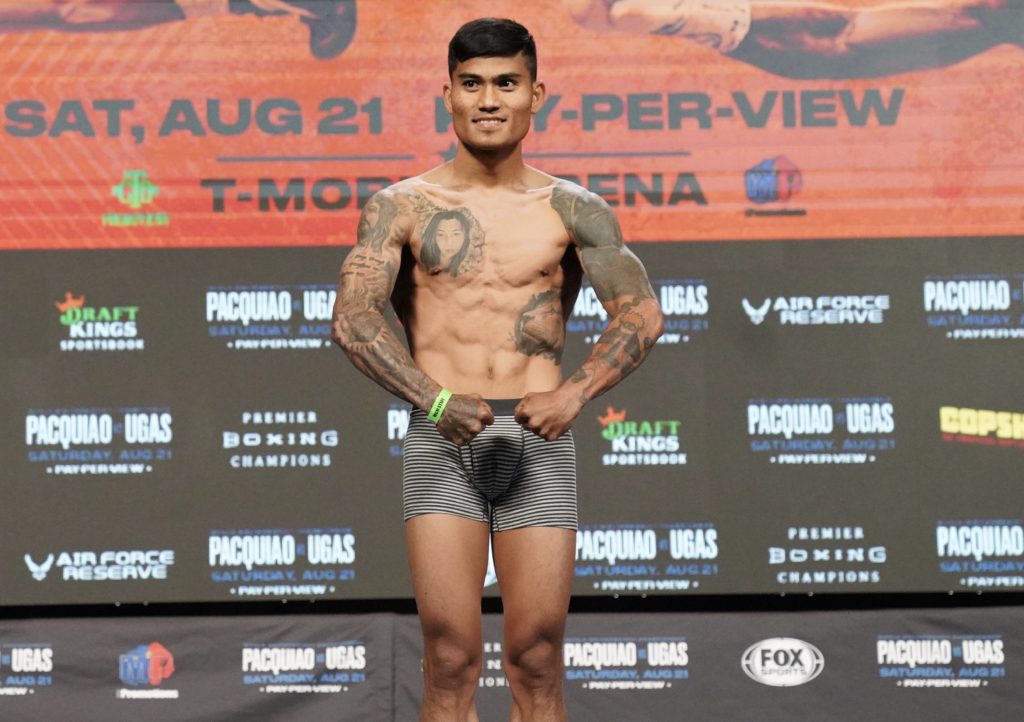 Mark Magsayo looked to make a statement and did just that, stopping Julio Ceja in ten rounds from the T-Mobile Arena in Las Vegas Saturday night.

50 seconds of round ten was the official stoppage, as Magsayo in this bout becomes the WBO “regional champion” at Featherweight.

Magsayo, who MP Promotions promotes, shared the same trainer as Manny Pacquiao in Freddie Roach. And, it was a preview of the same two trainers who would be at ringside in the main event in Roach and Ismael Salas in the opposite end.

Magsayo got the fight started with a bang with a knockdown with a nice lead left hook that sent Ceja down, but Ceja not only beat the count but proceeded to regain footing by investing in a body attack against Magsayo. This attack would pay off as Ceja would return the favor in the fifth round with a body shot.

After getting knocked down in RD1, Julio Ceja has been relentless in his attack to the body of Mark Magsayo. #MagsayoCeja

Ceja would look to pounce again in the sixth, as he had Magsayo on the ropes as he looked to be still recovering from the last round. That was at that point a tale of two fights, as Magsayo started this fight in control, but Ceja’s body attack looked to take his toll on Magsayo. This was the ebb and flow of the fight, which had outstanding action as Magsay would land with a combination, but Ceja would return fire with an attack to the body.

Magsayo in the tenth round was the last one as a flurry of shots send down Ceja and went down hard, and this fight was over. Ceja spent several moments out on the canvas being checked by ringside doctors for several minutes before coming to his senses.