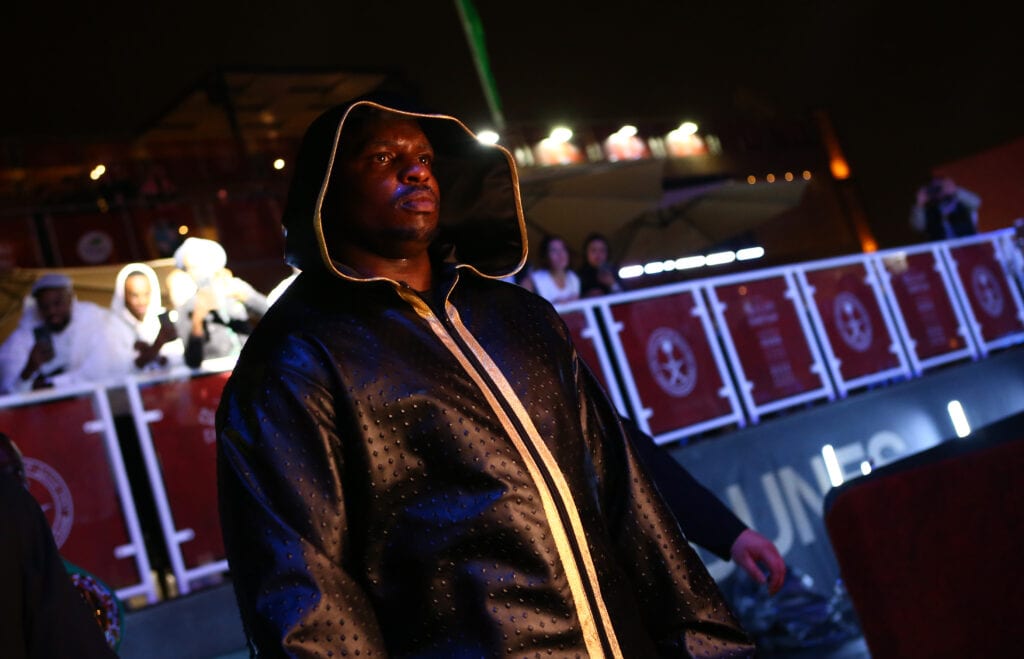 Deontay Wilder and Tyson Fury are in action on July 24 in Las Vegas and what we do know so far is that the winner of that fight won’t be forced to challenge Dillian Whyte,

Speaking with Boxing Social’s Rob Tebbutt, WBC President Mauricio Sulaiman laid out that they’ll figure it out after Fury and Wilder face off for the third time.

“At this moment, there is no mandatory contender in the division. We have this fight that is happening on July 24, and afterwards we will be addressing this matter. We have just seen in the news that Whyte will be fighting in August,” Sulaiman said to Boxing Social.

"PACQUIAO IS ETERNAL!" 🐐@WBCBoxing President @wbcmoro praises the way @MannyPacquiao has conducted himself both inside and away from the ring during his illustrious career.

That news of Whyte was the talk of taking on undefeated Jermaine Franklin and other names “in the running” for a bout to occur in the United States. The last time Whyte fought in the States was against Malcolm Tom and won by third-round knockout on the same night Terence Crawford became undisputed at junior lightweight stopping Julius Indongo in 2017. That may have been during Whyte’s original run as “WBC mandatory challenger

The main reason they aren’t forcing the issue is that Whyte’s promoter, Eddie Hearn, hasn’t sent the WBC anything to force the issue..”

“We have not received a sanction request [from Whyte and his team], that’s what we saw in the news. This is always an ever ongoing situation. There’s not much I can say right now. We’re in a process that we have to deal with, and as soon as we have news about this matter, we will be letting you know.”

The winner of Wilder-Fury is going to be the immediate conversation of taking on Anthony Joshua…again. Joshua himself is taking on Oleksandr Usyk at last big announcement coming soon was September.

Why Isn’t Jermell Charlo on Pound for Pound Lists?
Brian Castaño-The Unknown Out For Glory
Advertisement
To Top