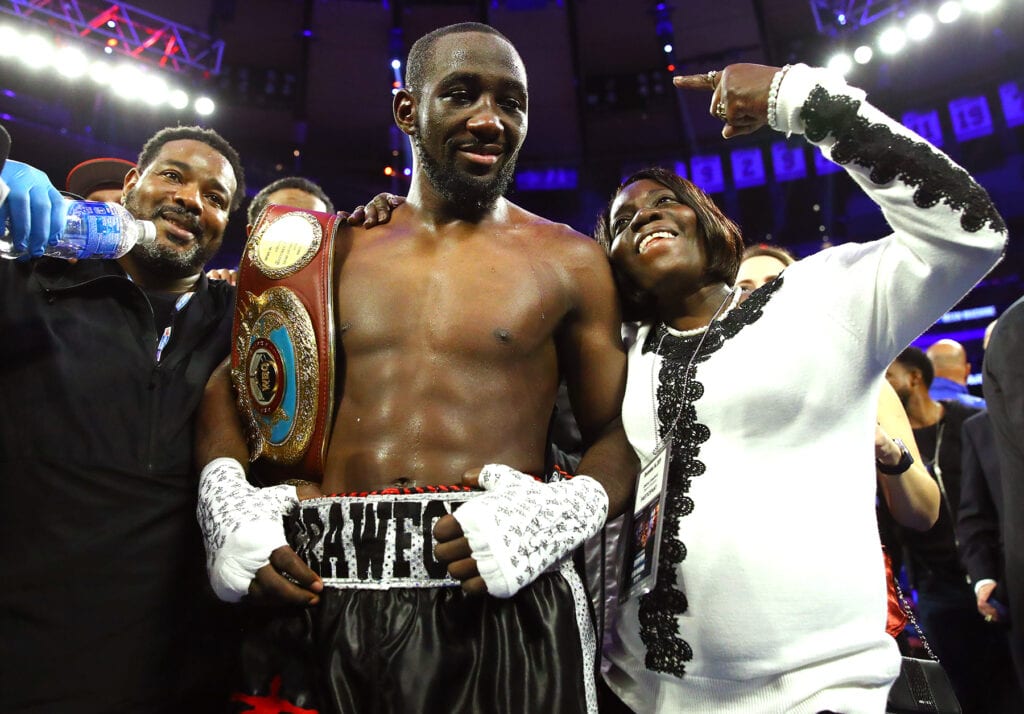 For the first time in years, WBO World Welterweight Champ Terence Crawford has a large stage against a former world champion opponent in his prime. Now the question becomes, will he rise to the occasion and score the biggest victory of his career at Welterweight?

That’s what we are going to find out at the Mandalay Bay Resort on the Vegas Strip, as Crawford battles former WBC titleholder Shawn Porter in a scheduled 12 rounder.

Crawford, 37-0, 28 KOs, will be making the fifth defense of his WBO title that he won by demolishing Jeff Horn in June of 2018. However, for all of Crawford’s skill and easy wins since, none of it was able to get him into a marquee PPV type battle like this will likely be with Porter.

Part of that is due to the 34 year old Crawford being caught up in the feud between his promoter Bob Arum of Top Rank Boxing and Al Haymon with Premier Boxing Champions. Because Arum unsuccessfully sued Haymon years ago, attempting to put him out of business, Haymon has largely refused to do business with Arum on any top Welterweight title bouts.

So that meant, no shot for Crawford at Unified Champ Errol Spence or for WBA titleist and future Hall of Famer Manny Pacquiao over the past two years.

No. Instead, Crawford was left to fight the likes of Amir Khan, Egidijus “Mean Machine” Kavaliauskas and Kell Brook in his last three fights. None of whom had enough talent or youth to give Crawford a challenge.

And, more to the point, they weren’t able to pad his bank account either.

Catch our full preview of Crawford-Porter on the “Big Fight Weekend Podcast” with Marquis Johns and T.C. Martin in Las Vegas by clicking below,

Enter Porter at 31-3-1, who is hungry to get one more huge Welterweight title shot, still at the end of his prime age range (also 34) and has large name recognition to help sell this bout Saturday. Porter has the talent and has previously shown the chin against the likes of Keith Thurman, Yordenis Ugas and Spence, that makes this fight even more intriguing.

Then, again, everyone one of Crawford’s Welterweight challengers have been stopped.

So, that’s the lowdown on the 147 lb. showdown that will certainly mean everything to the winner.

Now, will it be Crawford?