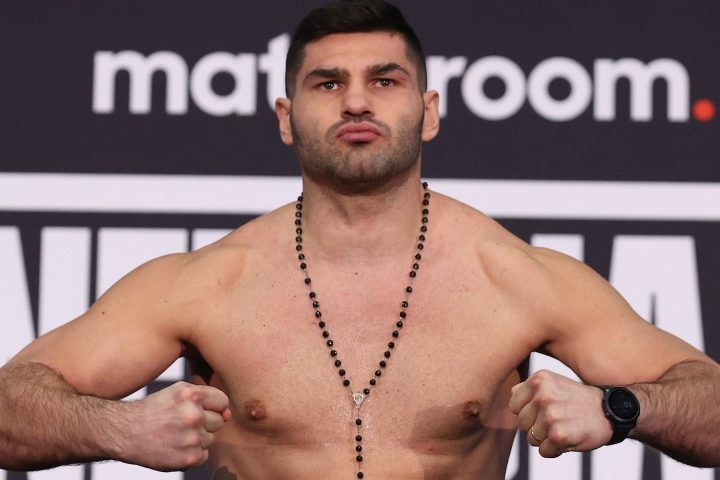 What’s Not Next For Filip Hrgovic?

At this point, for undefeated heavyweight Filip Hrgovic, the better probably would be who’s left?

The latest member to drop out of the Hrgovic sweepstakes is former WBO champion Joseph Parker as his manager David Higgins laid out that there’s no money in facing the Croatian.

“There is an economic problem with Hrgovic. When we built up Parker, we built a fan base in New Zealand. We funded, paying big money, to stage Parker vs. Andy Ruiz Jr in New Zealand. Does Hrgovic have a home fan base anywhere? He has attained a high ranking but has no fan base, so the money on offer is laughable for somebody like Parker,” Higgins said speaking with Sky Sports.

Check out our latest “Big Fight Weekend Podcast” where we speak to the new ringside analyst for Showtime’s ShoBox: The New Generation, Brian Campbell.

“Also, this fight is at the back of the eliminator queue because the other belts must be sorted out. So Parker could fight Hrgovic for a payday that would barely cover his training costs, win, then sit out for a year waiting for his shot.”

If you’ve been following the names that have been dropping out for this fight for half a second, Parker joins Michael Hunter and the recently victorious Luis Ortiz in accepting a chance to take on Hrgovic. To piggyback what Higgins stated in waiting “a year for a shot” is because the current IBF titleholder Oleksandr Usyk is slated to rematch Anthony Joshua. This year. The IBF mandatory challenge was already completed by Joshua when he faced Kubrat Pulev back in December 2020 and won’t be around for a while.

So with no immediate title shot in the wings and a fight seemingly for low reward and no money based on everyone who is turning it down, what is next for Hrgovic?  Based on the IBF rankings that haven’t been updated in a while, not much. This is why Hrgovic’s team needs the IBF to step in.

“All we can do is lobby the IBF to continue through the rankings as soon as possible or make Filip a direct mandatory. That is something we are pushing. The IBF need to act because it makes a mockery of their rankings. People should not be ranked if they have no intention of boxing for the title, ” Kalle Sauerland, promoter of Hrgovic said to Sky Sports this week.

I’ll wait for the updated rankings from the IBF to see what is realistically the options are as this update should provide, if anything, new names for Hrgovic to reject the fight.  Just don’t be surprised as the mainstay on their rankings, “NOT RATED,” holds down more slots.

ShoBox Kicks Off With Nuñez-Arrieta
Johnson Out, Geffrard In To Face Joe Smith Jr
Advertisement
To Top