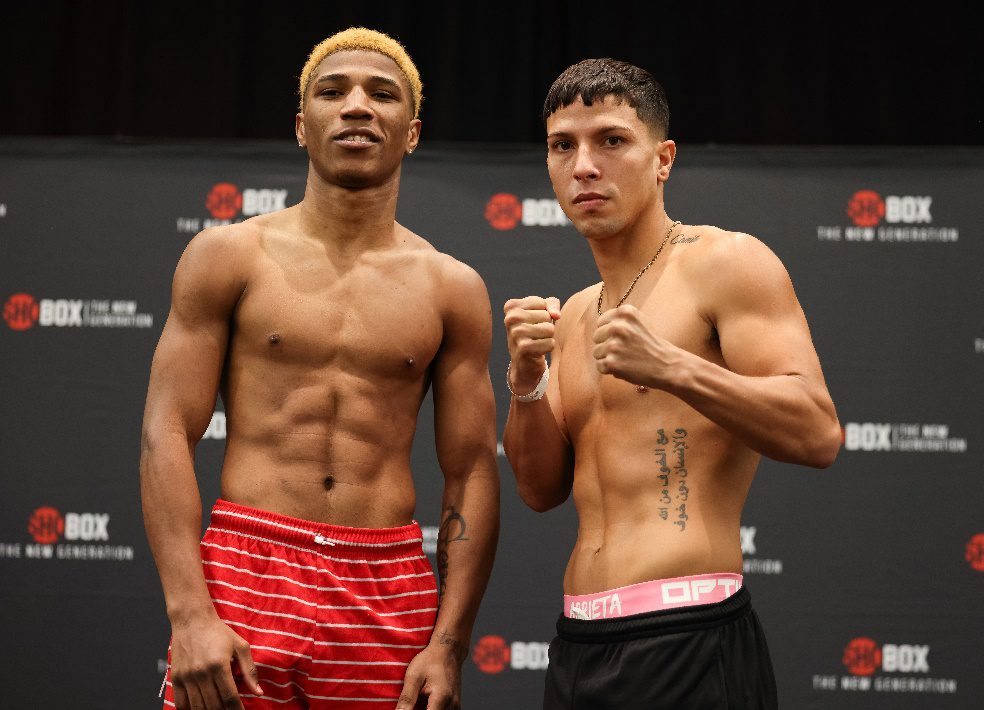 ShoBox Kicks Off With Nuñez-Arrieta

The biggest boxing this weekend in the United States happens tonight in the Caribe Royale Orlando in Orlando Florida as Showtime has their first ShoBox card of the year. The main event is a 10-round super featherweight matchup between Luis Nuñez and Carlos Arrieta.

Check out our latest “Big Fight Weekend Podcast” where we speak to the new ringside analyst for Showtime’s ShoBox: The New Generation, Brian Campbell to speak on this card and more!

This card is a fun one promoted from Sampson Boxing and the three-fight telecast has combined records of 81-0. The long-running Showtime series has been a proven ground for prospects and Arrieta jumped at the chance.

“As soon as I heard about this fight, I said yes. It’s a very important fight for me. I’m in the big leagues now. It’s an opportunity that I couldn’t let go by,” Arrieta said about the chance to fight Nuñez.

Arrieta comes into this a live underdog due to being out of the ring for a year and Nuñez comes into this fight the favorite and ready to make it an exciting main event.

“I’m excited to go toe-to-toe with Arrieta and to give a good fight for the viewers. I do understand that my opponent is very experienced and a very good fighter, but I’m preparing to come out victorious,” Nuñez stated. “We’re going to analyze, fight, punch, and if a knockout comes, it comes.”

Starling Castillo in the co-main event.

Castillo is one to keep an eye on in the co-main event as he looked good in his latest win against Juan Carlos Burgos and wants to look better this time out against Eranosyan.

“I learned a lot in my last fight against Juan Carlos Burgos. He’s someone who had a lot of experience, so it was a good learning experience. I made a lot of errors in that fight. We studied the fight and have corrected a lot of the errors that I made, so we learned a lot,” Castillo said.

We’ll see if we get a Nuñez dance to close out Friday night but on paper, this ShoBox should be a fun one as the only major boxing in the States.