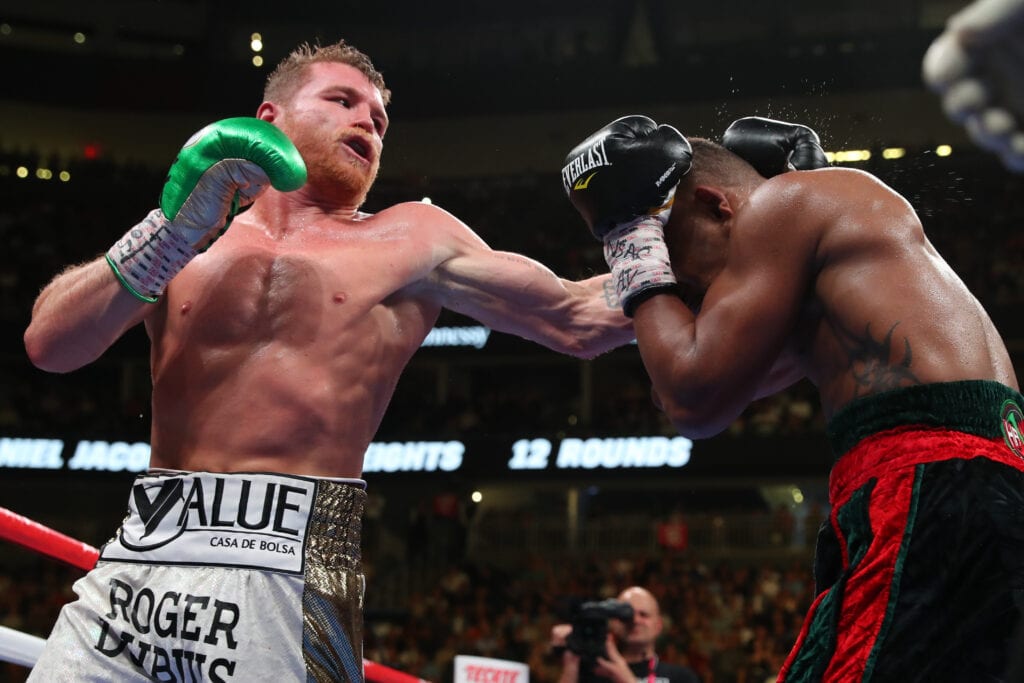 The boxing world is still buzzing about the lawsuit filed earlier this week in California Federal Court by four division World Champ Canelo Alvarez. What does it mean for his short and long term future, as he tries to divorce himself from promoter, Oscar De La Hoya, and the DAZN streaming service?

This, as things have gone from “war of words” to legal action and we welcome in a brand new sports law analyst/guest, Dan Lust on our Podcast to help understand what the legal filings mean? And, most importantly, how soon Alvarez could get his day in court or be back in the ring?

Alvarez filed a 24-page Federal lawsuit earlier this week that requests the court to immediately hear his case and that his contract with Golden Boy and their deal with DAZN should be terminated. He contends that the inactivity due to their dispute is their faults and has harmed him professionally, as well as financially. And, it’s kept him from consistently fighting over the last two years,

Alvarez asked the court for at least $280 million, or what is still roughly the balance of his original 11-fight $335 million deal with DAZN, which was signed in 2018.

Dan has tremendous experience with sports law contracts and lawsuits and will shed more light on the legal strategies in play, including what maybe Alvarez should have done to try to break the contract quicker?

Next, Sr. Writer at Big Fight Weekend, Marquis Johns, comes back on the podcast with his thoughts on what Canelo may be doing next and whether or not this lawsuit signals the end altogether of the DAZN streaming service having boxing at least in the United States? Or could they go out of business eventually, too?

It’s all included in this week’s edition of the “Big Fight Weekend Preview Podcast” and make sure to subscribe / 5-star rate and review the show on Apple Podcasts, Spotify, Google podcast, etc!

Next up for Haney- Gary Russell, Yuriorkis Gamboa?
McGregor takes on Guerfi in November
Advertisement
To Top