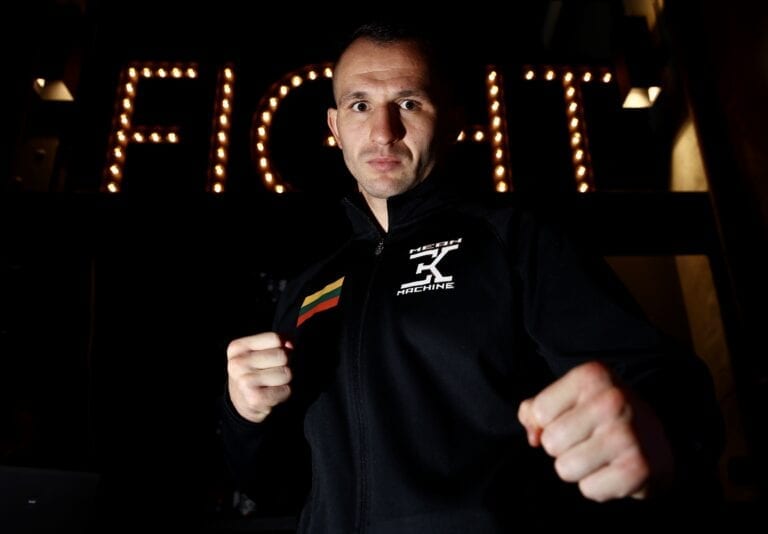 “Mean Machine” Egidijus Kavaliauskas was last seen in the ring taking on Terence Crawford for the WBO Welterweight title last December. While he came up on the wrong end of that contest, Kavaliauskas (21-1-1, 17 KOs), while speaking with the media yesterday via Zoom, stated his goal now is to get a rematch with the current reigning champ.

“If I get the opportunity to fight Crawford, I would do it all over again,” Kavaliauskas said on the Zoom call yesterday. “I want to face him again. I know he is beatable. Everyone is.”

“I liked how the fight started, but not how it ended. I lost focus in the middle of the fight. At the end of the day, that fight gave me more confidence. I was definitely in the fight. It made me a better fighter. I corrected the mistakes I did make, and now I’m coming stronger.”

Just a reminder that when the Mean Machine activates Finish Mode, you don’t want to be in the way ?#MachineZewski | SATURDAY | ESPN+ pic.twitter.com/zbRpLTzgyW

While the ending was a seventh-round stoppage loss, Kavaliauskas will get a fresh start Saturday night in the main event against Canadian contender Mikael Zewski (34-1,23 KOs), making his first action in the ring since last November.

“Zewski is also a pressure fighter like me. I think we have similar styles, and I really believe we will make a very entertaining fight on Saturday,” Kavaliauskas noted. “I know the fireworks will begin in the very first round. This will be an action fight!”

Hearing that from Kavaliauskas will hopefully ease any fears of his contest he had last year against Ray Robinson, which ended in a disappointing draw and definitely was a fight far away from the word “action” in it. Should Kavaliauskas become victorious Saturday night, his goal is if not challenge Crawford but anyone at the top at 147.

“I want to face the best opponents at welterweight. My goal is to become mandatory and fight for another world title. I would like to fight the top names at 147,” Kavaliauskas said.

This contest is for minor titles in the WBC and the WBO, so a win would put him one step closer to that for Kavaliauskas.

Michel- ‘Conroy will be a good warm-up’
Next up for Haney- Gary Russell, Yuriorkis Gamboa?
Advertisement
To Top