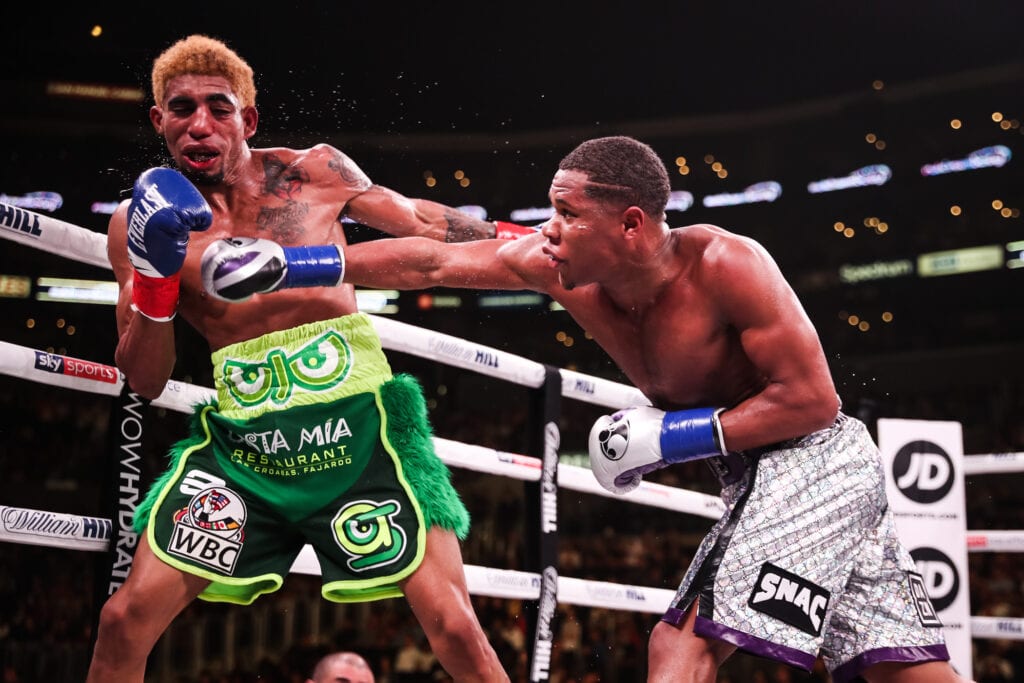 Next up for Haney- Gary Russell, Yuriorkis Gamboa?

WBC Lightweight champion Devin Haney has been calling names out all year during the pandemic, and it seems we may have two choices.

Matchroom Boxing promoter Eddie Hearn put out a press release Friday stating that the 21-year-old has fully recovered, and November 7 is the date promoter Hearn has slated for his next contest.

“Devin has been doing a great job in keeping his profile active during lockdown, but now it’s almost time to get busy in the ring,” said Hearn in the press release. “November 7 is the targeted date for his return, and the two main targets are Gary Russell Jr and Yuriorkis Gamboa. Both are great fights for Devin as he approaches a key stretch in his career to become a standout star.

“Devin is ready to defend his WBC titles against all comers, and I can’t wait to see him back in the ring in November.”

If you have been following the back and forth between Haney’s Father Bill and Gary Russell Jr. about this fight, I’m here to tell you that you’re missing some cringeworthy conversations.

As Awful Announcing referred to him as “a Twitter user named Jevan,” check out the following snippet of an exchange they had earlier today.

Bill Haney had got to be the biggest cornball of all the boxing fathers wtf ? pic.twitter.com/sxtcdRU7pw

If that didn’t get you excited about this potential matchup, what will? Yikes.

Russell Jr. (31-1 18 KOs) has been calling out like Haney everyone as well to no avail for one reason or another. Most recently, not like the terms of the contract is his reason for not wanting to get into the ring against Haney.

I’d be shocked once all the talk stops that Russell Jr. fights for the second time this year, let alone moves up a weight class to do it. Expect that Haney-Gamoba announcement next week. Don’t know how much that moves everyone as the last time out, Gamboa was injured en route to a twelve round stoppage loss to Gervonta Daviss. He’s coming off an Achilles injury as well from that fight and will be 39 in December, but at least it gets Haney back in the ring.