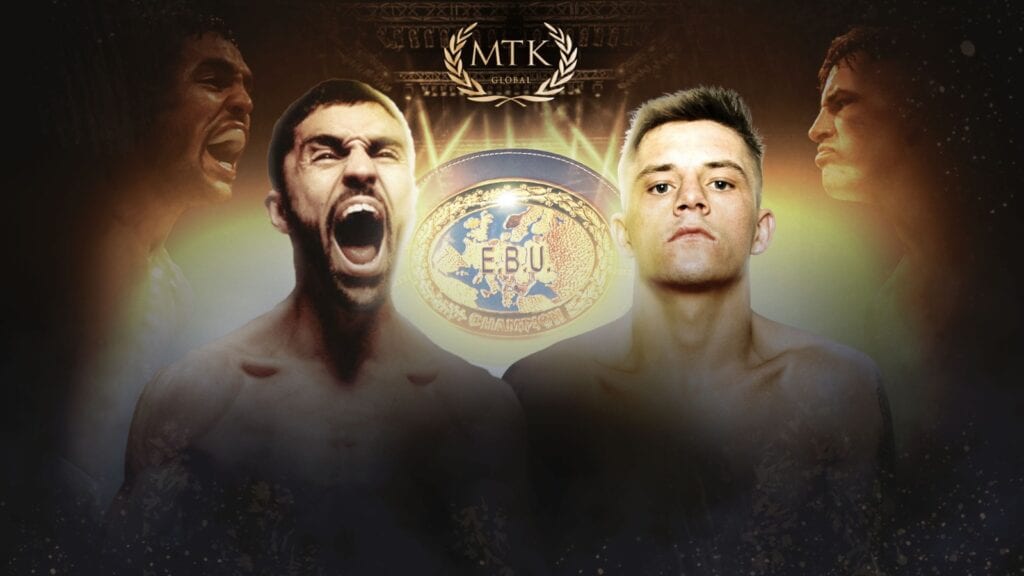 McGregor takes on Guerfi in November

MTK Global announced that Lee McGregor will challenge Karim Guerfi for the European bantamweight title in a brilliant fight set to take place in November.

British and Commonwealth champion McGregor (9-0, 7 KOs) recently returned to the ring with a fifth-round TKO win over Ryan Walker, and will now look to add the European belt to his collection when he challenges extremely talented Frenchman Guerfi (29-4, 9 KOs).

Highly-rated Guerfi has held the European title on several occasions, most recently winning it in November 2019 when he superbly stopped Georges Ory after nine rounds.

He also holds wins over the likes of Ryan Farrag and Stephane Jamoye, and it’s set to be a must-see fight when he takes on Edinburgh hero McGregor later this year.

Guerfi said: “I’m really excited to fight Lee McGregor, he is a good fighter and all of the fans in Scotland and the UK like this guy, so I can’t wait.

“I haven’t fought since I won the title again last November and I’ve been desperate to come back into the ring as boxing is my life.

“McGregor is a warrior. He’s intelligent in the ring, so I think it’s going to be a good fight for the fans. I know I must beat this guy in style if I want to keep my belt.”

🏆 BIG TITLE FIGHT! 🏆@LeeMcGregor3 will challenge @GuepardoGuerfi for the European bantamweight title in a brilliant fight set to take place in November.

McGregor said: “I’m so excited, and anyone who knows me knows I don’t back down from a hard challenge. It’s no different this time I’m ready to show the world what I can really do.

“It will mean so much to me to win the European title. To become British, Commonwealth and European champion within 10 fights is a huge achievement and I’m not sure if many British fighters have done that, so I’m going to make sure I leave no stone unturned and be the best prepared I’ve ever been.

“I know Guerfi is a dangerous fighter and I’m expecting a very exciting and fan-friendly fight. I will be 100% ready for whatever he brings. He’s a lot more experienced than me but I’m a young hungry fighter who’s fresh and ready to announce myself to the world stage.”

MTK Global Promoter Lee Eaton added: “We’re delighted to confirm that Karim Guerfi will defend his EBU bantamweight title against Lee McGregor. It’s a massive fight for both boxers and one we’re extremely excited for.

“Both men will be looking to produce career-best performances to ensure they get their hand raised, and we can’t wait to see how things unfold between these two MTK Global stars.”

What’s Next In High Stakes Canelo Lawsuit Battle?
Canelo lawsuit dismissed on Friday- Has Deadline To Amend
Advertisement
To Top
We use cookies to ensure that we give you the best experience on our website. If you continue to use this site we will assume that you are happy with it.OkPrivacy policy