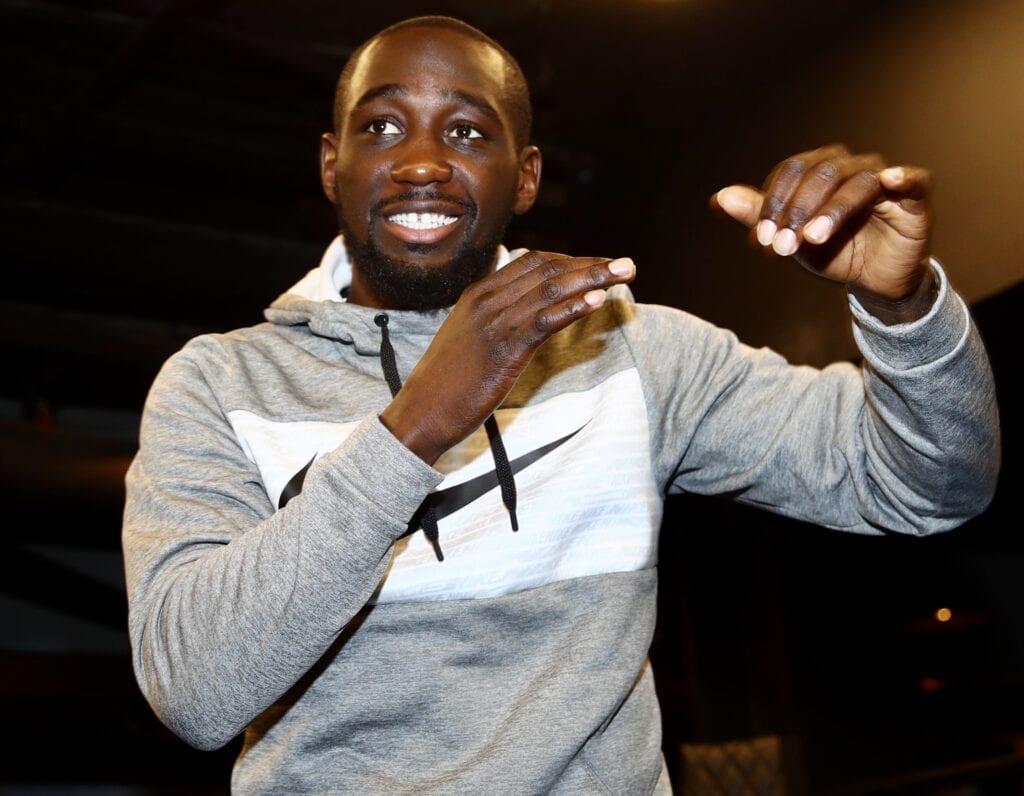 What has been privately discussed between former WBC Welterweight champ Shawn Porter and current, unbeaten WBO World title holder at 147 lb., Terence Crawford, is a fight that’s now being ordered by the World Boxing Organization.

Late Wednesday night, the WBO put out on social media and on their website that they have officially notified both Crawford’s promoter, Bob Arum of Top Rank and Porter’s rep, Tom Brown of TGB Promotions to come to an agreement within the next 30 days or have the ordered fight go to blind purse bids.

Gentlemen:
Please be advised that the parties herein have thirty (30) days upon issuance of this notice to negotiate and reach an agreement for the above-referenced WBO Welterweight Championship Contest. If an accord is not reached within the timeframe stated herein, a purse bid will be ordered per the WBO Regulations of World Championship Contests.

The minimum acceptable bid in the WBO Welterweight Division is $200,000.00 (Two Hundred Thousand Dollars). Any of the parties involved may request a purse bid procedure at any time during the negotiation process.

The letter goes on to say that under standard WBO practices, if it does go to purse bid, that they will accept the three best ones to compare and that ultimately they have determined the split at:

The letter is signed by Luis Salazar, the WBO’s Chairman of their Championship committee.

As we wrote last month, I was a guest with Porter at the Las Vegas Cosmopolitan Hotel, when he appeared on the live “TC Martin Show” radio show heard five days a week locally.

Porter told the show then about privately contacting Crawford trying to make a fight,

If anyone wants us to fight (he and Crawford) let’s come together and do that,” Porter continued.

Crawford, 37-0, is in the final months of his multi-year deal with Arum/Top Rank and he’s expected to test free agency. It’s also debatable that he could have one final fight for them on ESPN in October, etc.

Porter, 31-3-1, has fought under the PBC umbrella for over 6 years now. However, he apparently has the freedom to fight on another network and under another promoter’s terms.

Now, the intrigue of Crawford complying with the WBO’s order takes on real significance.