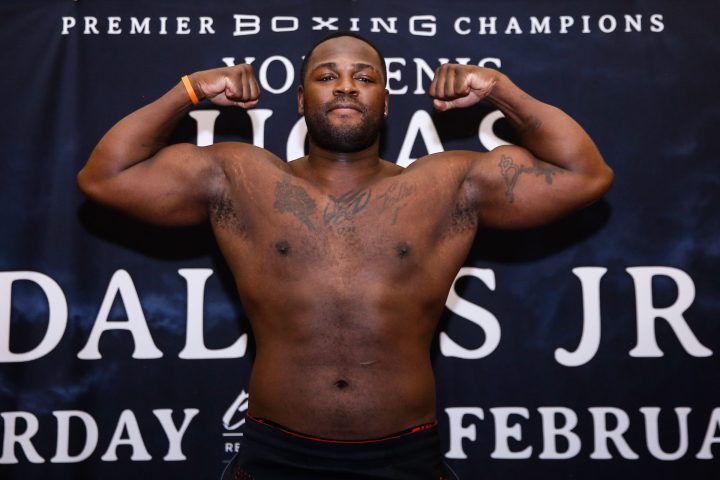 Michael Coffie was one of the names slated to be in action on the now delayed Tyson Fury-Deontay Wilder 3 card. That postponement is in his favor as he now gets to headline his own card as he looks to take on Gerald Washington on Saturday, July 31 in the main event of FOX PBC Fight Night and on FOX Deportes from Prudential Center in Newark, New Jersey.

Speaking from training camp in Orlando, Florida, Coffie working with his coach head coach Josue Aguilar is putting in work as he looks to climb thru the heavyweight ranks and also thru Washington at the end of the month.

“I’m looking to make a big statement,” said Coffie. “I want people to look at this fight and see my calmness. I want it to look like I’m the veteran and he’s the prospect. If he has belief in himself in the beginning of the fight, he’s going to start fast. It’s my job to take that away from him. “

Coffie was last seen stopping Darmani Rock back in January and is looking to improve on his 12-0 record against Washington.

“I showed in the Rock fight that regardless of the amount of years of experience that someone has over me, you can’t count me out,” said Coffie. “I definitely displayed poise and calmness and I’ve shown that I can put you down with any shot.”

The former 35-year-old marine got a late start into boxing but isn’t going to let father time get in the way of his boxing career as he was a successful amateur career that saw him put on standout performances at the New York Golden Gloves and Metro Championships before joining the Marines.

“I showed in the Rock fight that regardless of the amount of years of experience that someone has over me, you can’t count me out,” said Coffie. “I definitely displayed poise and calmness and I’ve shown that I can put you down with any shot.

“The biggest obstacle I’ve faced as a pro has been that people keep talking about my age,” said Coffie. “That has nothing to do with your boxing ability. If you keep yourself in shape, age is not a big thing. I’ve taken less damage at this point than other people my age who’ve gotten to this point. I also have a strong mentality and I know when it’s time to lock in for a fight. Life experience, in general, has shown me what I can become.”

We’ll see what he can do against the former title challenger “El Gallo Negro”, who we last saw in action in the co-main event of Fury-Wilder 2 losing to Charles Martin in six rounds.