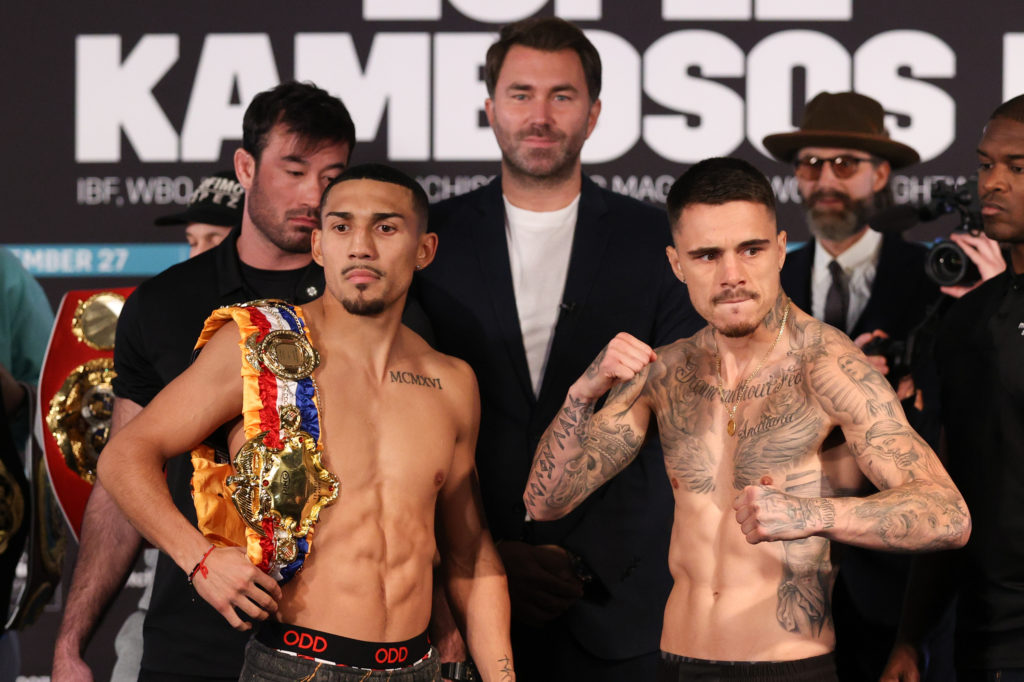 Thanksgiving weekend is here in the United States, and we will get an end in the Teofimo Lopez-George Kambosos Jr., much like everyone by then is sick of looking at leftovers.

Check out our latest episode of “The Big Fight Weekend” podcast, where TJ Rives and I look back on the action on Terence Crawofrd and Shawn Porter, and more!

Here is a quick recap of what I was looking for last week.

Terence Crawford vs. Shawn Porter lived up to the expectations, and once again, Crawford overcomes a poor undercard to close out the show in fashion.
Did Demetrius Andrade show us something different against Quigley? Honestly, no, but it was great to see it only go mercifully two rounds. Where “Boo-Boo” goes from here is unknown, but he needs better fights than these.
Murodjon Akhmadaliev and Jose Velasquez were somewhat interesting, but Akhmadaliev won wide on points as expected.

These are the three boxing things I’m looking for this weekend.

The ongoing soap opera between undisputed lightweight champion Teofimo Lopez and mandatory challenger George Kambosos Jr. hopefully has its series finale tomorrow night from the Hulu Theatre at Maidson Square Garden, live on DAZN. Lopez is heavily favored in this bout, but Kambosos made note that he is looking to upset. We’ll see a genuine bad blood fight from here if Lopez stays at 135 or moves up after this.

Fighting the week by several planets is the unification bout at super bantamweight between WBO champion Stephen Fulton and WBC titlist Brandon Figueroa. The Showtime main event is from the Park MGM in Las Vegas and should be an interesting matchup. Figueroa comes in a live underdog and has thrived in this spot against Luis Nery.

Joseph ‘Jo Jo’ Diaz lost this belt back in February, and the vacant strap is up for grabs on the co-main event of Lopez-Kambosos on DAZN. Ogawa had this same title back in 2017 but lost it after testing positive for a banned substance. Comes in against mandatory challenger Azinga Fuzile from South Africa.