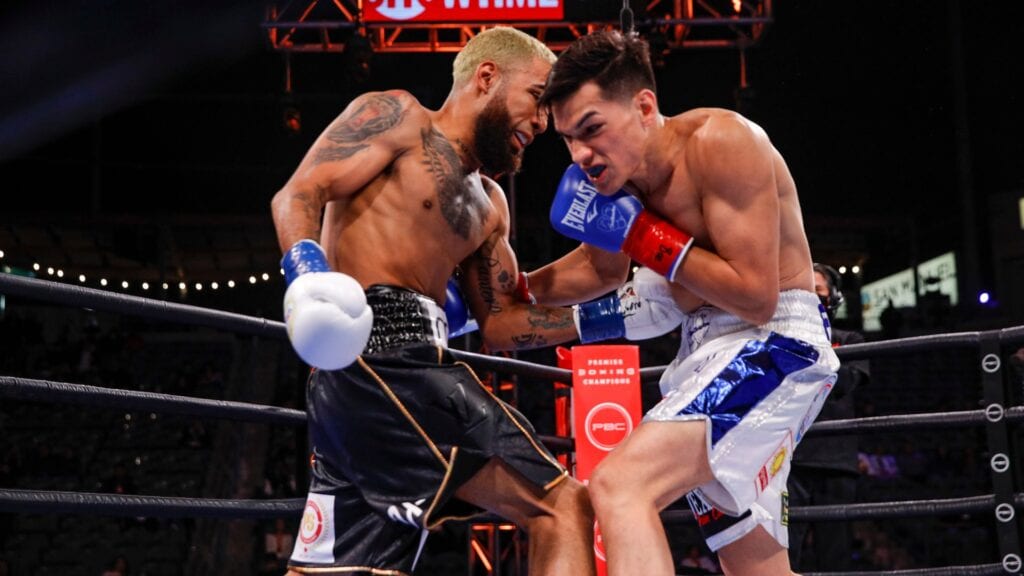 And, for the Texan Figueroa, he expects that most will back Fulton to defeat him. However, he used to hearing that. Figueroa met with the media virtually Tuesday afternoon in advance of Saturday’s 12 round main event on Showtime from Las Vegas and had a message for his detractors,

Unified bragging rights are on the line for #FigueroaFulton! Who will hear #AndNew? 🏆

People underestimate me so much that I don’t even care anymore. I know what my abilities are. My team knows my abilities and my potential. I know what I’m capable of inside the ring….. Once he gets hit with a big shot and feels my power, it’s going to totally change this fight.”

This bout was re-scheduled from September, when Figueroa contracted Covid 19 and had to stop training. However, he’s back on track now and ready for the unbeaten Philadelphian Fulton.

The popular Figueroa, 22-0-1 set the Fulton matchup into motion back in May, as he captured the WBC strap at 122 pounds by stopping Luis Nery in the seventh round with a wicked left to the body at the Dignity Health Sports Park in Carson, California. This added to his WBA “regular” title that he already owns.

As for Fulton, he captured the WBO title and improved to 19-0 with 8 KOs, by scoring a unanimous 12 round decision over previously unbeaten Angelo Leo in January. Fulton was particularly sharp and only lost a couple of rounds total on the three judges cards. This included one stretch in the middle rounds, where Fulton was averaging 35 or more landed power punches per round.

So, to say the least, we expect some serious volume and power punching in this one Saturday night for 122 lb. supremacy.

Teofimo Lopez Looking To Humble Kambosos
George Kambosos Jr -‘This Isn’t Personal For Me’
Advertisement
To Top
We use cookies to ensure that we give you the best experience on our website. If you continue to use this site we will assume that you are happy with it.OkPrivacy policy