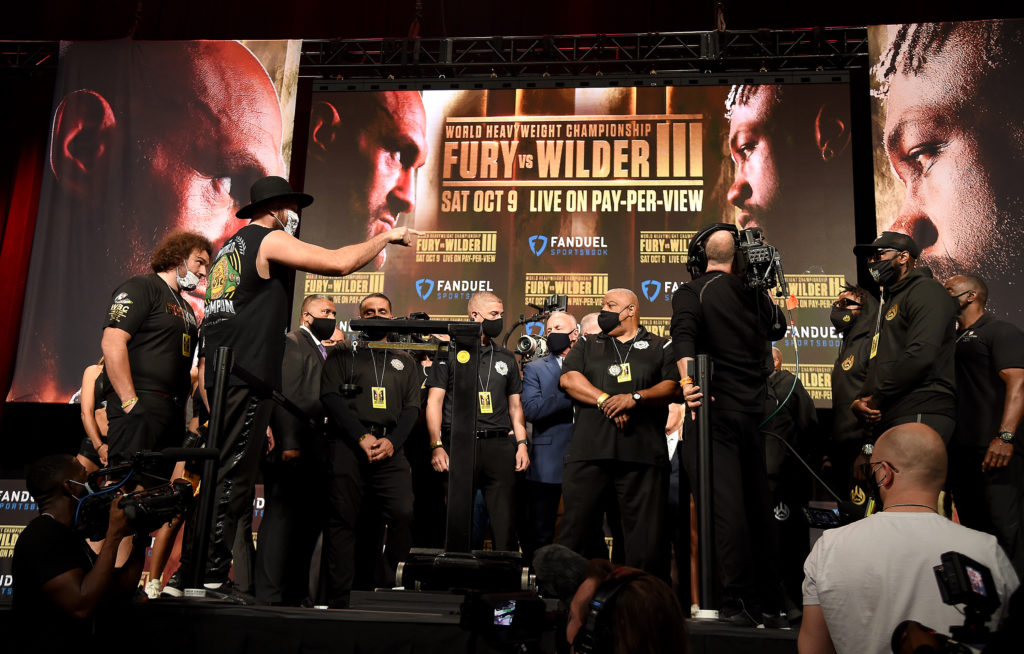 It took us a while to get here, and we are at the weekend where Tyson Fury and Deontay Wilder face off for the third time Saturday night from the T-Mobile Arena in Las Vegas. Easily, this all heavyweight undercard is the biggest fight card in the United States this year.

Top Rank CEO Bob Arum is calling this undercard the best undercard he has ever seen in his LONG, storied boxing career.

“The undercard is the best undercard on a pay-per-view event that I’ve ever seen,” Arum told a small group of reporters after the final Fury-Wilder press conference Wednesday at MGM Grand Garden Arena. “The three fights, I mean, we worked hard to put together a good undercard. PBC worked very hard to put together an undercard. Those three heavyweight fights are gems. They are really, really good fights. And the Efe-Frank Sanchez fight, 50-50 fight.

Hear our full preview of Fury-Wilder III on “The Big Fight Weekend” podcast with Marquis Johns, TC Martin in Las Vegas, and David Payne from England,

I’m sure Don King would challenge that whenever he gets the memo via carrier pigeon but all marketing aside, let me tell you about the three boxing things I’m looking forward to this fight weekend. 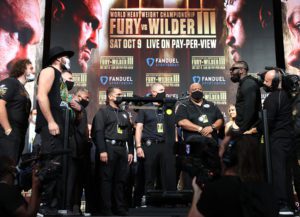 This is the delayed trilogy moment the entire world of boxing we have all have been waiting for. TJ Rives laid out all the numbers you need to know in this one, and I wanted to add one more number.

This will be the last fight between these two regardless of the outcome. I’ve gone on record to say that fight screams draw all over again. Many others will pick aside. Either way, we’re getting the biggest fight in the United States, and the winner of this bout will get a crack at new unified champion Oleksandr Usyk per the World Boxing Council order this week. We’ll see who that will be after this bout Saturday night from the T-Mobile Arena. 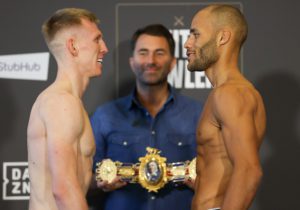 Don’t forget, out of Liverpool, there is a decent Matchroom Boxing card this Saturday afternoon. The main event is Anthony Fowler and Liam Smith in what should be a solid scrap. Still, the fight I have an eye on the undercard with British Super-Welterweight Titleholder Ted Cheeseman and Troy Williamson. Willamson is looking to rise in the ranks, and Cheeseman was looking to expand beyond the domestic level after this one should he win. It won’t be an easy one and is a pretty even matchup that will take place from Liverpool. 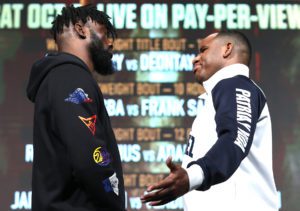 There are plenty of beefy heavyweights in action in Las Vegas Saturday night, and Efe Ajagba taking on Frank Sanchez is a crossroads fight for both.

“We’ve been working on a lot of new different things that you’re going to see in this fight. If he wants to test my power, we’ll see if he can stand up to it. “Ajagba said at the final press conference this week.

He’s going to need it as Sanchez is looking to outbox Ajagba in the ring.

“What I’ve seen is that Efe relies on his power. He doesn’t have the boxing skills that I do. Once he faces someone like me, who has a lot of different tools, then it’s going to be different for him,” Sanchez stated.

This is going to be a huge Saturday of fights. Grab a seat and enjoy!