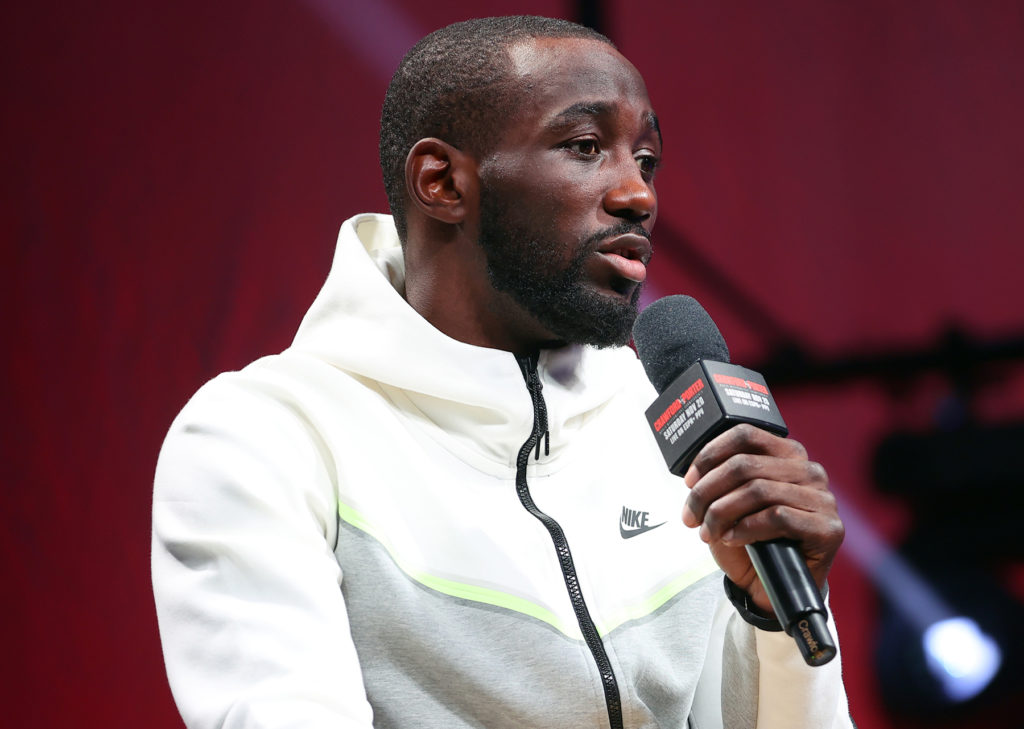 It’s one of the most highly anticipated fights of the end of 2021 as unbeaten WBO World Welterweight Champ Terence Crawford puts his title on the line against for WBC champ, Shawn Porter, Saturday in Las Vegas on ESPN+ PPV. And for both fighters, they have the limelight and important battle against each other that both have been seeking for about two years.

Later on Friday afternoon in Vegas, the two will weigh-in and then, it will be time to countdown for Saturday night’s showdown at the Mandalay Bay’s “Michelob Ultra Arena” that will give one man the biggest win of the last two-three years of his career.

Hear us discussing Crawford-Porter more on our “Big Fight Weekend Podcast,” as I welcome Marquis Johns and T.C. Martin from Vegas, who will be ringside. Click below:

First, T.J. welcomes Marquis Johns, Sr. Writer of BigFightWeekend.com to go over all the news of the week. This includes the shocker that Canelo Alvarez will be looking to move up to Cruiserweight (22 more lbs.) for his next proposed bout in May. Plus, the WBC at its convention decided NOT to force Heavyweight champ Tyson Fury to defend against fellow countryman and #1 contender, Dillian Whyte… at least for now.

Then, T.J. brings back T.C. Martin from “The T.C. Martin Show” in Las Vegas. The 5 Day a week host out there has tremendous insight into the Crawford-Porter matchup, and he will be ringside for all the action at the Mandalay Bay Hotel’s “Michelob Ultra Arena” Saturday night. What are T.C. thoughts and predictions on whether Crawford gets another key title defense or will Porter get arguably the biggest upset win of his career?

After three years of frustration of not being able to fight Unified 147 lb. champ, Errol Spence or former WBA World Champ and future Hall of Famer, Manny Pacquiao, Crawford, 37-0, finally gets a “marquee” opponent from Premier Boxing Champions to step through the ropes.

Meanwhile, “Showtime Shawn P,” 31-3-1, is still unhappy that he never got a rematch with either Keith Thurman or Spence after losing close 12 round decisions to both. But now, Crawford represents the potential win to make him a big time star again in the Welterweight division.

On our podcast, Marquis and I give analysis and predictions on Crawford-Porter and the undercard from Top Rank Boxing and ESPN+. Marquis also goes over the Matchroom Boxing world title card in New Hampshire on Friday night that features WBO Middleweight champ, Demetrius Andrade defending his title in the main event. There are also three other world title fights on the undercard, as well. We go over odds and make some picks.

Hear it all on the “Big Fight Weekend Podcast” and make sure to follow/subscribe on Apple Podcasts, Spotify, Google, etc.!!